Steve: “We were involved in ministry preaching and teaching for 38 years and recognized that the group we were associated with was not where we needed to be. So we just walked away from it and didn’t know if we’d have more opportunities to do ministry or not.

We were worshipping here and we were at a point where we needed a place to move and all these different things were going on—changing a lot of ideas about our faith and all that...”

Karen: “...And we didn’t really know where we going to move.”

Steve: “Yeah, it was one of those valley-type times. But, we were talking one day with Dawn Stephens, who does a great job, and she mentioned to us about this organization, Apartment Life.”

Karen: “Well it was really interesting ‘cause we said, ‘If you know of any place where we could live, we’re on a deadline now.’ The people who we were renting from needed the house back. So just as we were leaving one Sunday, I asked if she knew of any place and she said that she didn’t but asked, ‘Well, can I pray with y’all?’ I said, ‘Sure, that’d be great.’ So she did and I just appreciated it so much. As soon as she said amen she said, ‘This just came to me, but do you know of anything called Apartment Life?’ And we said no so she told us to go look at it on the web. Later we just laughed because of course it didn’t just come to her, God put it there.”

Apartment Life also has a spiritual goal, which is to try and lead people to faith in Christ. Statistically, they say something like 95% of people who live in apartments have no church home. Now they might be believers, but they don’t go to church anywhere so we want to help people get connected with local churches.”

Karen: “And the good thing about building the community and building kind of a oneness is, if people know each other, they get along better, they care more about each other, and the people that are lonely find someone, ya know, they find someone they can be friends with. Our work started out slowly.”

Steve: “Yeah, it takes time for people to get to know who we are. But at our events, people are very appreciative.”

Karen: “And we’re building relationships with these people we’re seeing over and over again.”

Karen: “And I have to tell you, one of the ladies in my Small Group had been going through Priscilla Shirer’s The Armor of God and she said, ‘It is just so good, and I have the means, I would like to buy it for you.’ And another lady in our Small Group wanted to get together and have this study, so we did. Her daughter began coming—she’s been away from the Lord but she’s becoming stronger. I can see it week after week after week. So we have that one going, and I asked another lady who lives upstairs if she would be interested in doing the study. She works during the day so I said, ‘Well, why don’t we just do it in the evening?’ So, I started having a study with her on Thursday nights. Now I have four women in that study. And I have another study on Mondays with that same material with one other gal.

The thing that’s so exciting to me is it’s all starting to happen now. We’re being able to touch people with the Lord and that is the most exciting thing to me. Especially after we’d been out of ministry for a while. It’s kind of our niche, and to me this is just a wonderful way to be able to take part in people’s lives.

We had a lady that came to church with us one Sunday to Worship and our Small Group, and she really loved it. She texted us the next Sunday and said, ‘Would you please pray for me? My son was killed.’ So we went down and we prayed with her and arranged to take some meals with some other folks who live there from Brook Hills. There are a number of people from Brook Hills who live in our apartment community so they were pitching in and helping which is so good. But you see, there, you touched somebody who has such a great need and she felt like she could call us.”

Steve: “One of the ladies who’s coming to Karen’s study that lives upstairs is a single mother and she has a 15-year-old son and it’s just the two of them. He’s a great kid. He’s very polite, he helps us with all kinds of stuff. Well, we’ve been around him enough now that he’s starting to talk to us more, open up more. So I have an opportunity to kind of mentor him.”

Karen: “It’s just exciting that we’ve gone past the hard start where it was like, ‘Is anything going to happen here?’ To the point where now we see things really unfolding.”

Steve: “I tell you what’s really encouraging to us... Ya know, you wonder sometimes, ‘Ok, we’re old now. We’re fossils. So, what can we do? How can we serve?’

Well, this is just the perfect thing. And of course, a lot of the Cares Teams with Apartment Life are either young married couples or two guys or gals right out of college, but all different age groups can do this.”

Steve: “There are different apartment communities all up and down the I-65 corridor and there are some brand new apartments that are opening up. So if anybody is interested in doing this, we would love to talk them.” 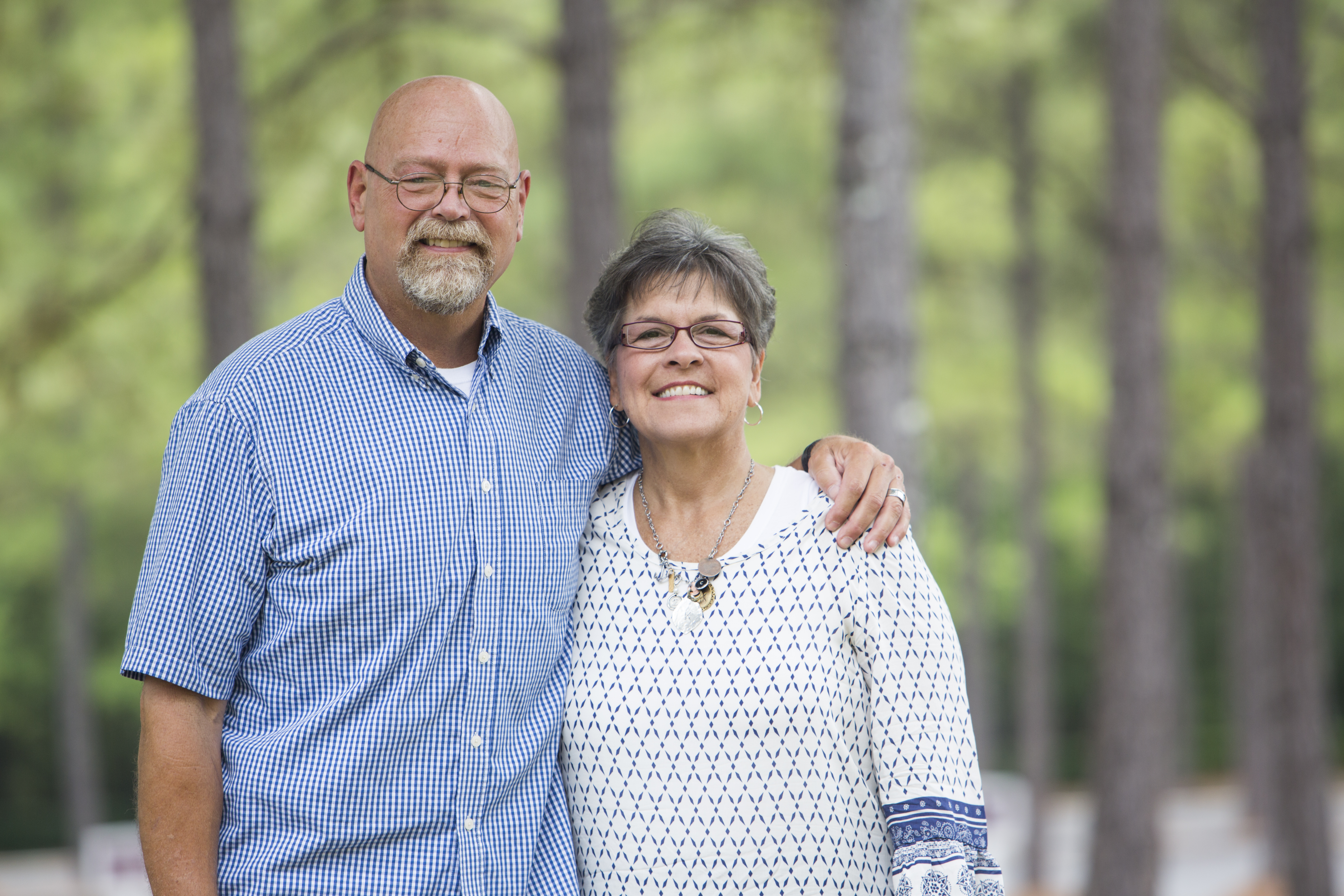 Steve and Karen Dewhirst landed at Brook Hills 2 1/2 years ago in the midst of a great spiritual journey. They have found a home, and credit that to the Lord, great teaching, and a wonderful Small Group. They have five grown children and five of the world's finest grandchildren (pictures available upon request). Karen is a superb cook and loves to entertain. Steve is more of a slug and likes to read books. They will celebrate their 40th anniversary this October.