And of course Geoff’s was done in like two hours, it was like three pages long, and I’m already at like page nine and I’m only about two-thirds of the way through all the different points I have to go through. And the story is so complex that if I leave any one part out of it, it will just unravel.

So I have to tell everything and not just for the sake of the adoption. It needs to be told for the glory of God.

I’ve had some friends that have kind of been pushing me to get it done saying, ‘Just do it. Just do it. Just sit down and get it done.’ And so I sat down and I started chipping away at it and I realized that maybe hating the writing part of it is just kind of an excuse for the deeper issue which has been, it’s really hard to talk about my past. You know, it’s just difficult to talk about and share things that bring up painful memories.

I went through a divorce several years ago and so I’m having to talk about that aspect of my life within the autobiography and it’s hard just to talk about that and not talk about everything that led up to it and then everything that’s come behind it. Ya know, it’s like one giant story of God living through me; it’s not even my story, it’s His story through me. And so it’s hard to do a nutshell version of that. And then it’s bringing up all these emotions and what-not from the past. And not that I haven’t dealt with those, but I just see that that’s kind of been the roadblock for me. But it’s actually been really great kind of revisiting those things and looking at where God has brought me from and where He’s brought me to and how He’s worked through all those situations and how He is using those situations for His glory.

Now, I even see opportunities for me to be able to help other women who may be experiencing divorce by sharing my story and being able to encourage them, because I can now talk about it from a God perspective. So when I know people who are trying to do all these things to try and fix that situation, I can go to them and say, ‘Look, you get to a point where you realize you can’t do it. God is the only one that can fix this marriage. God is the only one that’s going to be able to heal your broken heart and your husband’s broken heart and your child’s broken heart. He’s the only answer to any of this mess. And you have to realize that you’ve got to yield the pridefulness and the perfectionism and the, just, the control to Him.’ Because I know how hard that is to do.

I don’t know, I guess I see my hurtful experience as an opportunity to share His story through me with other people and to help them in their suffering and ultimately bring glory to Him.

It sounds very trite, but I grew up in a Christian home, and I went to a Christian school, and grew up in the confines of the church, but I don’t think I really understood grace until I was at the very bottom and all I had was Christ. And it was the best thing that could have happened to me.

And community in the church has been so important to our family. We’ve been involved in our Small Group for a little over a year now. But besides Small Group, I think finding your niche in serving is important. I’ve been doing the Worship Band and I have a great community in that. And Geoff teaches third graders at the 11:00 service and he has a real gift for teaching the kiddos—he’s great. Serving is just a great way for church members to find community and to make what seems like a massive group of people seem a lot smaller. Because when you start serving in an area consistently, you begin to see the same people week in and week out. And what is a community of a few thousand then feels like a few dozen, and it’s really great to have that within such a large body of Christ. So we’ve been thankful for being able to find our serving niches and plug in there and stay committed. 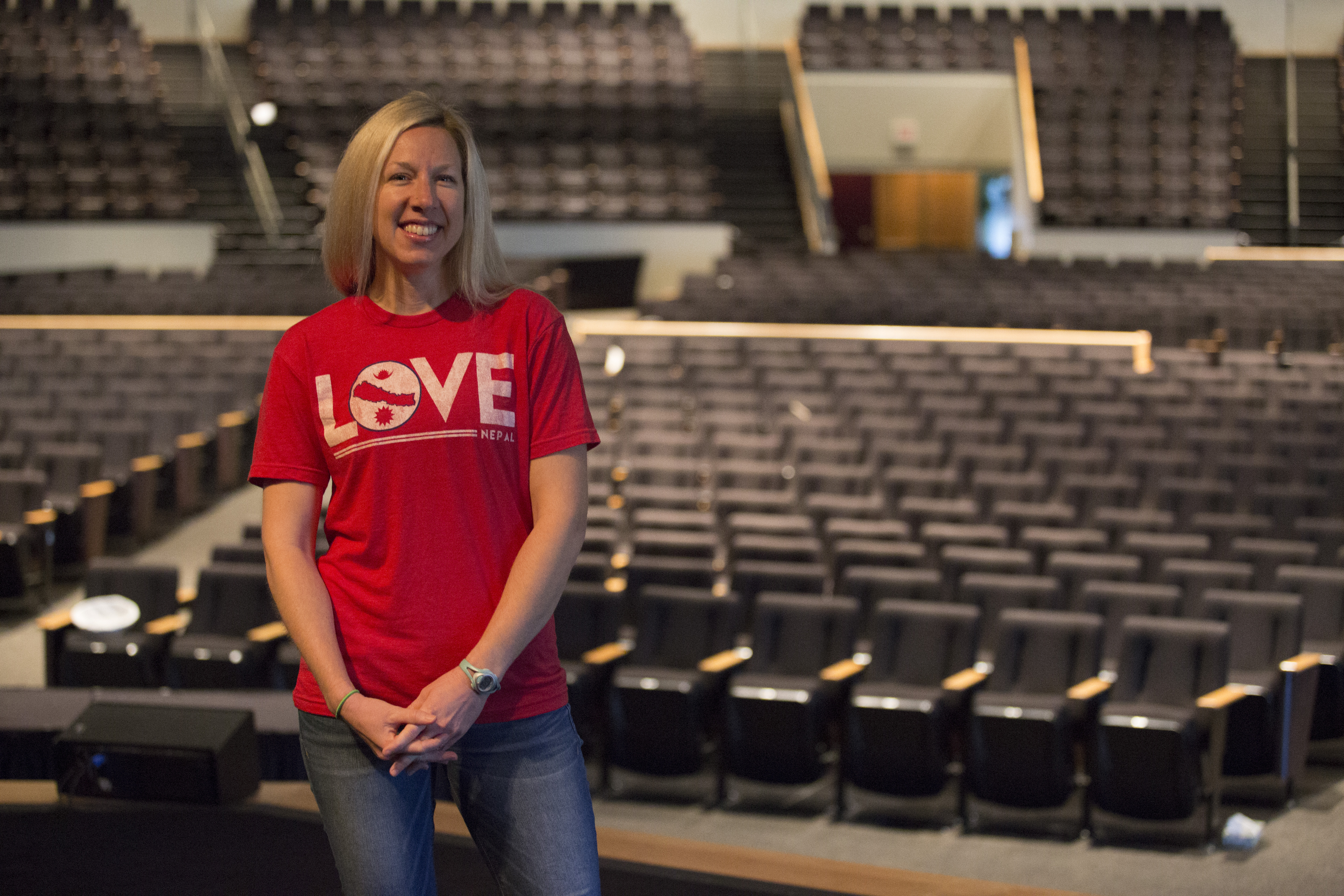 Heather Gottlieb has been a member of Brook Hills since 2009 where she met her husband, Geoff. They have a son, Alek, and a child on the way (from China). After receiving training in nursing, music, aeronautical science, and law enforcement, Heather settled on a career in Domestic Engineering for the Gottlieb Household. Some of the joys of Heather’s life include all things music, slinging weights, running, and rescuing turtles that cross busy streets (if you see her in the middle of the road, please don’t hit her–or the turtle).