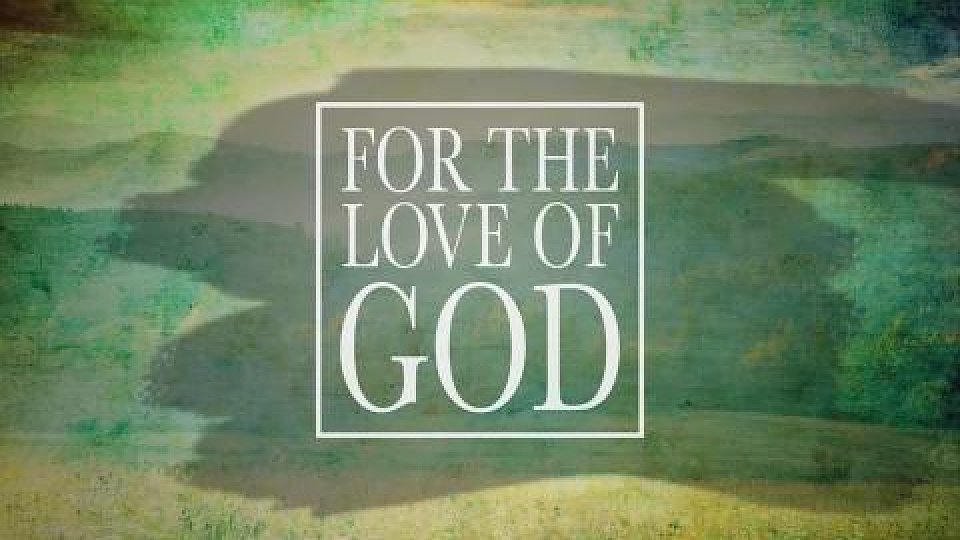 Isaiah 53, Matthew 1
Who has believed what he has heard from us? And to whom has the arm of the Lord been revealed? For he grew up before him like a young... continue reading
Reading Guide

1 Who has believed what he has heard from us?
And to whom has the arm of the Lord been revealed?
2 For he grew up before him like a young plant,
and like a root out of dry ground;
he had no form or majesty that we should look at him,
and no beauty that we should desire him.
3 He was despised and rejected by men;
a man of sorrows, and acquainted with grief;
and as one from whom men hide their faces
he was despised, and we esteemed him not.

4 Surely he has borne our griefs
and carried our sorrows;
yet we esteemed him stricken,
smitten by God, and afflicted.
5 But he was pierced for our transgressions;
he was crushed for our iniquities;
upon him was the chastisement that brought us peace,
and with his wounds we are healed.
6 All we like sheep have gone astray;
we have turned—every one—to his own way;
and the Lord has laid on him
the iniquity of us all.

7 He was oppressed, and he was afflicted,
yet he opened not his mouth;
like a lamb that is led to the slaughter,
and like a sheep that before its shearers is silent,
so he opened not his mouth.
8 By oppression and judgment he was taken away;
and as for his generation, who considered
that he was cut off out of the land of the living,
stricken for the transgression of my people?
9 And they made his grave with the wicked
and with a rich man in his death,
although he had done no violence,
and there was no deceit in his mouth.

10 Yet it was the will of the Lord to crush him;
he has put him to grief;
when his soul makes an offering for guilt,
he shall see his offspring; he shall prolong his days;
the will of the Lord shall prosper in his hand.
11 Out of the anguish of his soul he shall see and be satisfied;
by his knowledge shall the righteous one, my servant,
make many to be accounted righteous,
and he shall bear their iniquities.
12 Therefore I will divide him a portion with the many,
and he shall divide the spoil with the strong,
because he poured out his soul to death
and was numbered with the transgressors;
yet he bore the sin of many,
and makes intercession for the transgressors.

The Genealogy of Jesus Christ

The Birth of Jesus Christ

18 Now the birth of Jesus Christ took place in this way. When his mother Mary had been betrothed to Joseph, before they came together she was found to be with child from the Holy Spirit. 19 And her husband Joseph, being a just man and unwilling to put her to shame, resolved to divorce her quietly. 20 But as he considered these things, behold, an angel of the Lord appeared to him in a dream, saying, “Joseph, son of David, do not fear to take Mary as your wife, for that which is conceived in her is from the Holy Spirit. 21 She will bear a son, and you shall call his name Jesus, for he will save his people from their sins.” 22 All this took place to fulfill what the Lord had spoken by the prophet:

23 “Behold, the virgin shall conceive and bear a son,
and they shall call his name Immanuel”

(which means, God with us). 24 When Joseph woke from sleep, he did as the angel of the Lord commanded him: he took his wife, 25 but knew her not until she had given birth to a son. And he called his name Jesus.

Now the identity of the perfect Servant comes into sharp focus. Isaiah 53, or better, Isaiah 52:13—53:12, is the fourth of five Servant songs that describe him. “See, my servant” (52:13), God says, echoing the introduction to this Servant in 42:1. The “arm of the LORD,” God’s saving power, has been promised in 51:9 and 52:10. Now the question becomes, “[T]o whom has the arm of the LORD been revealed?” (53:1). The implicit answer in this high point of Isaiah’s prophecy is that God’s saving power is nowhere more clearly seen than in the work of the Servant. In the previous chapters God has repeatedly promised forgiveness to his people, but its basis has not been established. Here all becomes clear: “my righteous servant will justify many . . . he will bear their iniquities” (53:11). He is a priest, sprinkling the unclean (52:15); he is a guilt offering, removing their iniquities (53:10).

The first of five sections (52:13-15) anticipates the whole: “My servant will act wisely,” God says, anticipating the conclusion. Beginning with the Servant’s exaltation (52:13), this stanza descends to his appalling suffering (52:14) and ends with the “sprinkling” of many nations and the stunned reaction to it. “Sprinkling” with blood, oil, or water is in the Old Testament bound up with cleansing, i.e., with making a person or thing fit to come before God. Normally this has reference to Israel or its institutions, but not here: this is for “many nations” (52:15). The stunned reaction testifies that God’s wisdom overthrows and confounds all human wisdom (cf. 1 Cor. 1:18—2:5).

In the second and third stanzas (53:1-3, 4-6) the speakers are witnesses. God has repeatedly called on his people to bear witness to him (43:10, 12; 44:8), but they have been blind and deaf. Now, not only do they attest that the Lord alone is God (43:12), but they bear witness to what God has done through his suffering, vindicated, exalted Servant. At first, reactions to him are cautious, and then negative (53:1-3). He grew to be despised and rejected by men: “we esteemed him not,” the witnesses say. Indeed, when he was barbarically killed, many thought it God’s providential judgment (53:4)—and they spoke better than they knew. But the witnesses come to grasp that “he was pierced for our transgressions, he was crushed for our iniquities”—a substitutionary lamb (53:5-7). In the fourth stanza (53:7-9) Isaiah reflects on the Servant’s silent suffering and ambivalent death and burial (Had God accepted his work?), to end in the fifth (53:10-12) with resounding affirmation of the purposes of God. God’s Servant will act wisely (52:13); “by his knowledge” he will (literally) cause many to become righteous, “and he will bear their iniquities” (53:11). Reflect on Matthew 1:21. Hallelujah! What a Savior!

I thank my God in all my remembrance of you, always in every prayer of mine for you all making my prayer with joy, because of your partnership in the gospel from the first day until now.
Philippians 1:3-5

Praise God for all of the leaders in our church with whom He has blessed us, our pastors, elders, deacons, and small group leaders. Pray we all, and especially our leaders, will be faithful servants of Jesus. Pray for the leadership of our elders and other leaders to extend from God’s leadership in their own lives. Pray we all will never tire of sharing the gospel and preparing to share the gospel. Ask God to continue to unite us together as a church in gospel ministry. Pray for God to bless our ministry efforts, to grow our church by adding new believers, and to bring to completion all the good He wills to work in and through us.

This week we are praying for Operation Good N.E.W.S., an evangelistic outreach event that will be held on June 28 at the Bill Harris Arena to meet the urgent physical and spiritual needs of our community. The Church at Brook Hills will partner with New Rising Star Baptist Church, Greater Shiloh Baptist Church, and Samford University to provide assistance to those in need through free food, health care, haircuts, clothing, job preparation, and a gospel message. We are also praying for Greater Shiloh Missionary Baptist Church and Dr. Michael Wesley, Pastor.

This week marks the beginning of Ramadan, the most important month of the year for Muslims around the world. During this month, the population of more than 1.6 billion Muslims across the globe will fast from food and water from sunrise to sunset. They believe that during this month, their prophet Mohammed wrote their main holy book, the Quran. Fasting, praying, and dedicating oneself to good works during this month is one of the core duties as a Muslim. This week we want to pray for God to move during Ramadan and show himself as the one true God who provided Christ as the way of salvation for us. Join us this week as we pray.