"So Peter turned around and saw the disciple Jesus loved following them, the one who had leaned back against Jesus at the supper and asked, 'Lord, who is the one that’s going to betray you?' When Peter saw him, he said to Jesus, 'Lord, what about him?' 'If I want him to remain until I come,' Jesus answered, 'what is that to you? As for you, follow me.'" — John 21:20-22

If I were to be completely honest, I would say that I really did not begin to know what suffering felt like until I was almost forty years old. Yes, I had experienced times of loss, sadness, and disappointment along the way, which served as reminders that the world does not revolve around me. However, I had not yet experienced the sort of pain that made the world seem, at times, to stop revolving altogether.

In 2004, a few weeks after I had turned thirty-eight, I lost my dad in an unexpected way. While my family and I were overseas adopting our son, my dad suffered a stroke in the middle of an outpatient procedure. I couldn’t make any sense of it. I had to leave my wife and kids, come back home to bury my dad and then rejoin my family to finish the adoption. I was in pretty rough shape. We all were.

Less than six months later, I was standing in a Starbucks parking lot when I received a call from my mom. She was calling to tell me the diagnosis from her visit to the Mayo Clinic. I could not believe she was telling me she had ALS. I ultimately knew what that meant, but I was not prepared for the struggle that took place in the months ahead. Thirteen months later, she too was gone.

In what seemed like the blink of an eye, I had lost two of the most influential people in my life this side of heaven. My parents had led me to my faith, nurtured and encouraged me and remained a positive, loving presence in my own young family.

Somewhere in the middle of all this, I came across a quote by A.W. Tozer, which says, "It is doubtful whether God can bless a man greatly until He has hurt him deeply." Considering how hurt I was, I could not help but wonder what sort of blessings would lie ahead.

I began to reflect on the days I spent with my mom after my dad died. Every day, without fail, she woke up at 5:30am, poured a cup of coffee, and opened God’s Word. I never once heard my mom complain about anything. She did not deny that things were difficult, but instead of questioning why things were so bad, mom would say, "The Lord has been so good to me." It was an amazing example of faithfulness to the Lord, and it had a profound effect on me.

I wish I could say that life began to make a turn towards an easier time after I lost my parents, but it didn’t. In fact, as I entered my forties, things seemed to make less sense than they ever did. There was a huge chasm between where I had expected to be at this point in my life and where I actually was. I am so thankful that I followed my mom’s example to stay in the Word.

One day, the Lord led me to John 21. Peter, after denying Jesus three times, had just lived through the worst three days of any man on earth. Completely defeated and hopeless, Peter went back to what he knew prior to the three years he spent with Jesus, fishing. Jesus met Peter right where he was and restored him in a manner we have been talking about for centuries. Jesus went on to indicate the way in which Peter would glorify God in his death. Jesus predicted Peter would finish well!!

What happened next baffles the mind.

"Peter turned around and saw the disciple Jesus loved following them…When Peter saw him, he said to Jesus, 'Lord, what about him?'"

It was like Peter opened his Instagram feed and scrolled to John’s vacation pictures while Jesus was restoring him. While Jesus was talking about the glory of Peter’s suffering, Peter was preoccupied with how or if someone else would suffer. The short question Jesus asked Peter pierced my own soul in a brand-new way.

I read that, and my life suddenly appeared to be like one of those movie scenes that slammed from full speed into slow motion while the heavy, life-altering thing happened. And then I realized that I was Peter. Here’s how I know:

Jesus didn’t stop Peter with just a question. He followed up with a command, "Follow me." Jesus knew if He let the question just hang out there that Peter would tell Jesus exactly what he thought about it. Jesus did not want Peter comparing himself with John or anyone else. The discourse at the end of John 21 was a reminder that Peter could only live out his God-ordained purpose by following Jesus.

Every time we ask, "Lord, what about him or her," we diminish what God has set in each of our pathways: a walk with the Savior Himself. 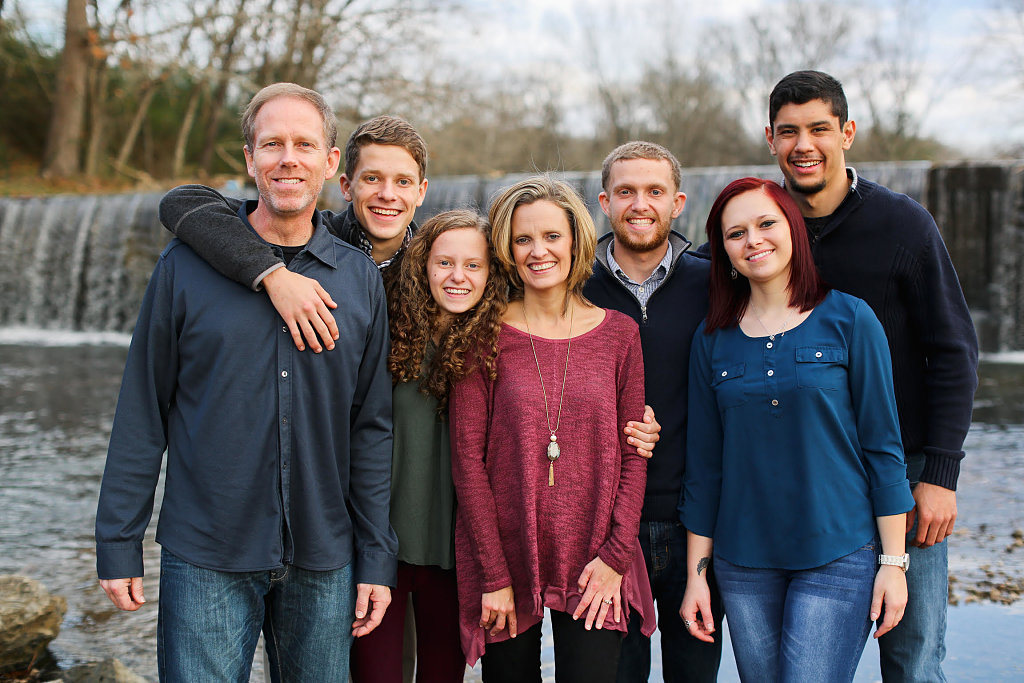