In 2009, God radically changed everything for me. I had just trusted in Christ at the age of 14. I was also preparing to go to high school, and if that didn’t riddle my anxiety enough, my parents told me that we would be moving away from our current church (where all of my friends and mentors were) to The Church at Brook Hills. Being an angsty teen, I decided against being involved in this new change, even though it was happening whether I was ready or not.

My mom eagerly approached one of our student ministers, Alanna, and informed her of my reluctance and my musical gift. And so, against my will, Alanna signed me up to lead in the student worship band. I was nervous to say the least, never having played guitar in front of anyone before, but the Lord had a plan. Leading worship led to studying God’s word with other students, learning about musical worship and how to have a quiet time, and gaining a community. I also became a member at Brook Hills, despite my parents moving to my grandma’s church. God blessed me through my small group in the student ministry, but once I graduated, I didn’t know what to do.

I went through college fumbling around to find community. Being so shy and anxious at the time made me hesitant to get involved. Each week that I put off plugging into a small group, I felt more discouraged. I didn’t really have anyone to go to with questions about the Bible. I was growing in my faith, but I was growing slowly. Once I graduated from college, I was faced with a new beginning and knew I needed to join a small group. I decided to meet with the Vigneulle’s Singles 20s/30s small group. Immediately, I felt welcomed and at home, as if I had been a part of this family from the beginning of time. I had no idea how much I would need this family over the next year.

Within that same year, I had no direction for my career and was in and out of work every month. I didn’t know if I was going to have a safe place to live, if I could continue having a relationship with my parents, or if I could even have a future. But none of that was as devastating as the loss of my grandmother. I had been taking care of her for about 10 years. She helped raise me and was my best friend.

Despite being new to my small group – and practically a stranger – Tom and Ginger Vigneulle offered to come to Mimi’s visitation. Just hours after her funeral, I went to a small group gathering where all of the girls laid their hands on me, cried with me, and prayed for and with me. I hardly knew these people, and they hardly knew me, but we were sisters in Christ and it showed that night. They continued to mourn with me, pray for me, and keep me busy throughout the week, letting me know that I was not alone. My new friends kept me accountable to read the Word and trust God during this time. Even after a year, this constant encouragement has continued. When it feels like my world is falling apart, they remind me that God never changes. His grace is constant, His love is consistent, and His faithfulness has no end.

This Labor Day was Mimi’s 92nd birthday. Knowing this, my small group planned a huge day full of food, movies, games, and fellowship to remind me of the family I have here. Having access to this community, not just on Sunday but throughout each week, has been a blessing beyond words.

My ten years at Brook Hills has proven this faith family to be an active Biblical community. From 2009 to today, I have been uplifted by my family here in more ways than I can count. It all started with a little (unwelcomed) shove. Joining a small group can be intimidating at first, but if you can just give yourself a nudge, you won’t regret it. 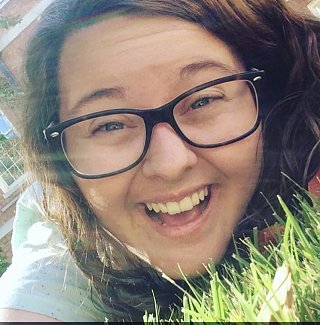 Abby Thomason has been a member of Brook Hills since 2012. She works at a memory care community and leads activities for them. She previously served in Student Ministry for seven years, and now serves in the Choir.