I see my role in singles ministry as trying to bridge that gap between college students and young married adult. And I’m not interested in just seeing the Singles Ministry itself growing and thriving but the whole body of Christ at Brook Hills growing and thriving together. I love seeing multi-generational small groups where it’s not just primarily groups of singles leading other singles.

So the more young singles that can be connected with families at Brook Hills and be involved in the life of the faith family, those are the wins to me.

I didn’t go to seminary with the plan to be in singles ministry. I didn’t really have that on my agenda or radar. Now that it’s been a year since I started at Brook Hills, looking back it’s been really awesome. One of the things I love the most is the opportunity for one-on-one discipleship. I really enjoy getting to spend time and invest in young single guys that are just graduating college and starting their careers. You know, the guys who are kind of having that ‘oh no’ moment where they’re thinking, ‘Is this the rest of my life? A 9:00-5:00 where I feel exhausted all the time? This is not as fun as college was.’ So I love getting to help them navigate that transition by helping them see how God has strategically placed them in their jobs, in whatever city they’re in, and in this particular stage of life for really good purposes.

Being in your mid-to-late 20s and not being married is just a really unique life stage, but I know that it has become more prominent. There are more and more adults who are not married in their early 20’s and who are in this life stage of being single.

I think a lot of people go through college and kind of plan out what post-college life is going to look like. For a lot of folks this involves hoping they’ll get a good job so they won’t be suffocating in student loan debt, then getting married and having a family by certain ages. So instead of the next 5-8 years just being the most dreadful time in life, feeling like you’re trapped in this singles purgatory bubble where your mindset is, ‘Once I get married life will get better,’ I just think the Church and Singles Ministry in general can really speak truth into that—that it’s not this purgatory bubble that’s going to be fixed by getting married or getting out of debt or having a family.

I mean, it goes back to the cliche of Singles Ministry of just learning to be content... But it’s not just about being content in singleness, and I think that’s one of the things that I try to communicate about Singles Ministry in general—it’s not a ministry that’s focused on just singleness.

Singleness is not our problem. Just the same as being married doesn’t solve all your problems. It’s really just a lack of seeing Christ and not being content in Him.

Your view on life from your early 20’s changes a lot by the time you reach your late 20’s and early 30’s. I think the older you get the more awkward it is talking about singleness. It seems to become a bigger deal and so the older you get the harder it is to have some of those conversations. So I do want to talk about it and not act like that’s not important, but at the same time, our primary goal at Brook Hills is not just to see get single people married. We want that, but we want people to see that God is sovereign over all areas of life, even singleness for an extended period of time. And wherever we are in life, whatever job we’re in, or whether we’re pursuing our careers here in Birmingham or overseas, we are meant to be used for His purposes. 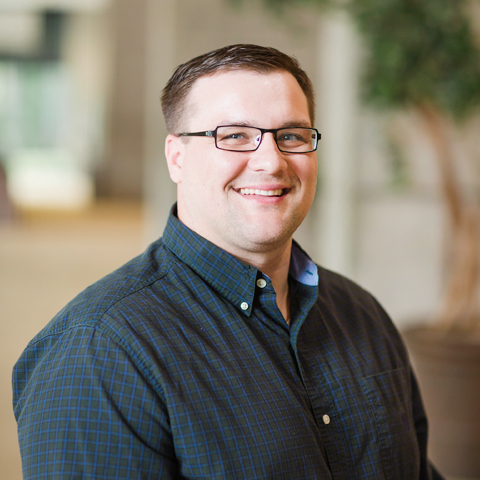 Nate Farrow has been serving as our Singles 20s/30s Minister since June 2015. He has been married to his beautiful wife, Rachel, since May 2015 and they are expecting their first child in December. Nate is originally from Birmingham but before returning to join the Brook Hills staff, he spent several years living in Colorado and North Carolina. He’s a graduate of Auburn University where he was on the Auburn football team from 2004-2007. Nate is also a graduate of Southeastern Baptist Theological Seminary. When he’s not working, he enjoys reading, weightlifting, and spending time with his friends and family.