My husband, Daniel, and his family grew up at Brook Hills. So he’s been coming here since before [the main worship] building even existed. In high school, we were dating so I started coming with him. And then in college I would come to Brook Hills when I would come home to visit. 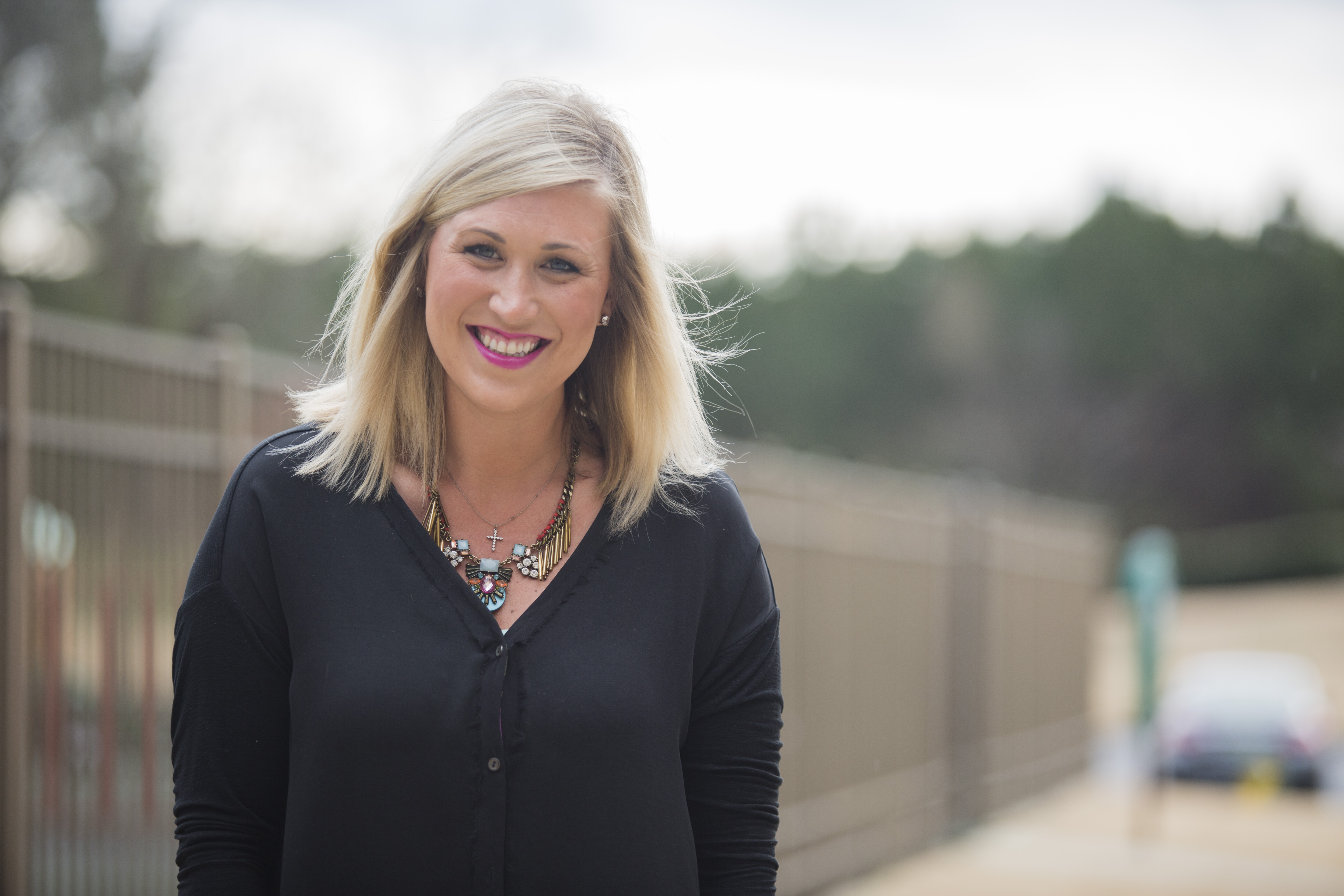 And so how it all even started for me, how I’m even on staff at Brook Hills is… We are in church. We are newlyweds. Ya know, we’re sitting there just like every other Sunday and there had just been this urging of like… There’s just gotta be more. You just feel lost. And people had been saying, ‘Well if you get involved, it doesn’t feel as big.’

So, from the platform there’s this idea put out there that Preschool needs help. And I remember specifically sitting in the seat and just being like, “Oh, Preschool… Oh, well, I can do that! Like, I can totally do that!’ I didn’t even know that that was a need. I didn’t even know where the Preschool hall was, because I literally walk in and just walk out each Sunday.

And so I remember sitting there and he wanted us tear off the little portion of the worship guide and write our name on the back and somebody would contact us. And I just remember thinking the exact thought, ‘Do it. Do it quick, because I’m about to talk myself out of it.’ It’s just that moment of like, I’m going to obey. I don’t know why I’m obeying. I just feel like I need to do this.

And it’s not that I was just this obedient person, it was just, ‘Ok, there’s a need. I can fill that need.’ And I had no idea what the Lord could do with that one act of obedience. And I could’ve let insecurities sink in. I could’ve let the enemy tell me that I would not be able to fulfill that role for the church, that I would be wrong for that position or wrong for that class or that they probably wouldn’t want me to watch their kids or whatever it would be. I had to just do it fast enough before I let him get in my head.

And so I just did it. I put it in the offering basket, and I watched it go all the way to the end like, ‘What have I gotten myself into? I have no idea.’ Like, I have no childhood education background. I mean, I babysat.

But I remember there was just this hunger to get involved. This hunger to be more than just a church-goer that comes in and leaves. 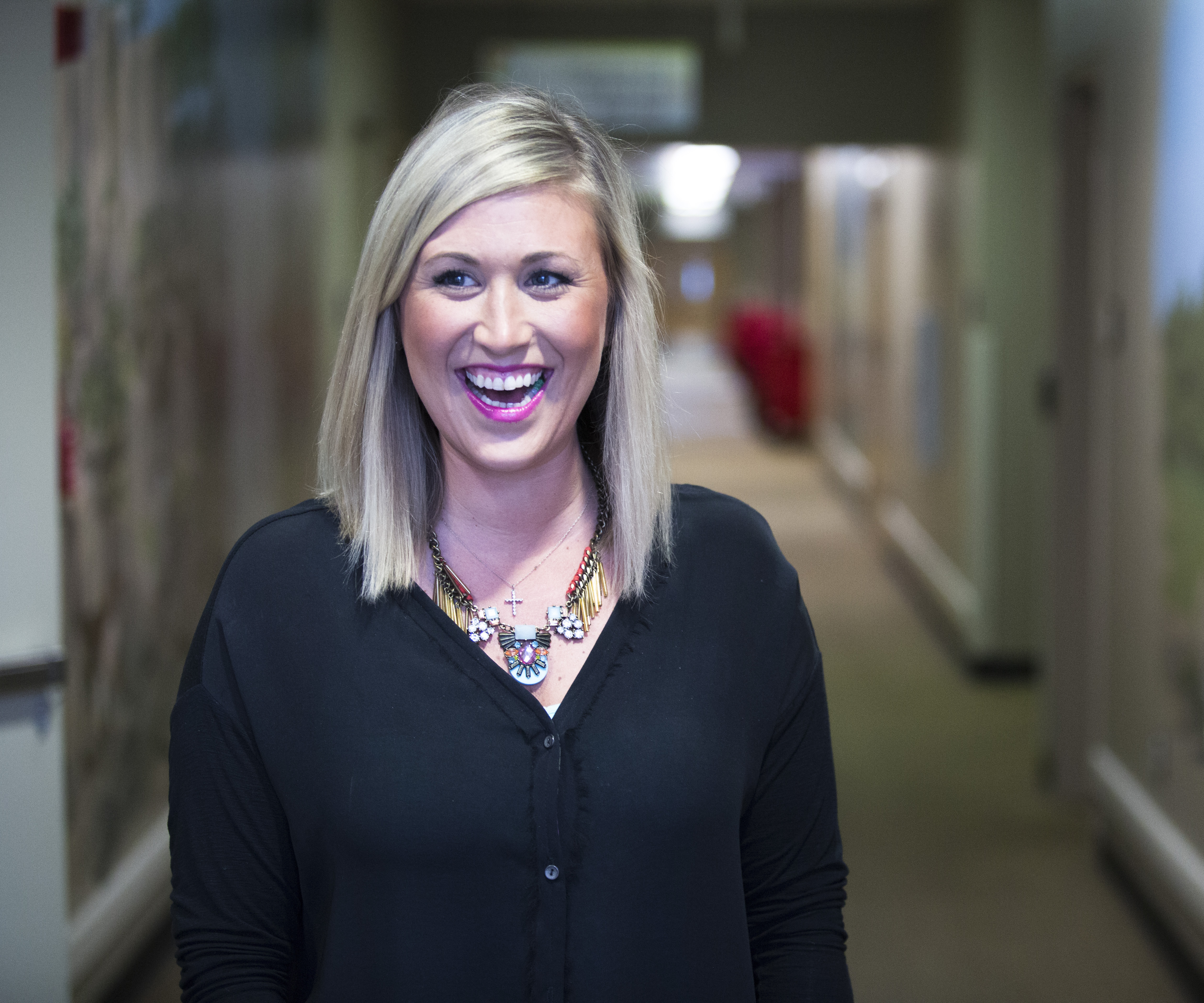 And so anyways, that lead to someone on Preschool staff contacting me and that lead to me serving. And I recruited my best friend because they needed lots of help. Truly, from one Sunday to the next I had no idea, no clue that this was such a big need. I had no idea what needed to get done every Sunday.

And so I recruited my best friend who was kind of in the same boat as me. We were both just hungry for community and hungry just to serve the church, and so we hopped into a 4-year-old class and started serving every week. Just jumped right in and we had no idea what we were doing. And seriously, truthfully what the Lord has done since tearing that portion of the worship guide has been amazing.

Teaching Preschool has been one of the biggest blessings. I mean, I learned so much about myself. It was really intense and a really great time of growth, personally, for me that I never expected.

I thought I was just gonna be like, babysitting some kids, ya know, keeping them safe while their parents were in Worship. But, the growth and the relationships that were developed just with the parents and then with the other people that I led with was really really cool to see how the Lord works.

Towards the end of my first year serving, I had been praying. I had my own interior design business, and I just felt burnt out and had just been praying about something kinda part-time that I could do. I had all these clients that I felt like were my ministry and felt like that was where the Lord wanted me, but I also felt this tug to do something different and that there was another opportunity out there for me. But I didn’t know how all that even looked, if it was even possible to do both.

And then I get this email from Robin, our leader, that there was an opening coming up on Preschool staff. And in her email she was saying she just felt in her heart that there was someone, maybe serving for her, that could do that job. It was a support role. And so she sends an email out just to her 4-year-old and 5k teachers. And I remember getting that email. I was sitting on my bed with my computer, and I could not email her back fast enough. And she said, ‘Oh my goodness! I had no idea you would even be interested.’

Anyways, long story short, I had a series of interviews and really prayed about it. I had that familiar sense of thinking, ‘I have no idea what I’m doing.’ But it was just so clear. So then I come on staff and it has been one of the biggest blessings. 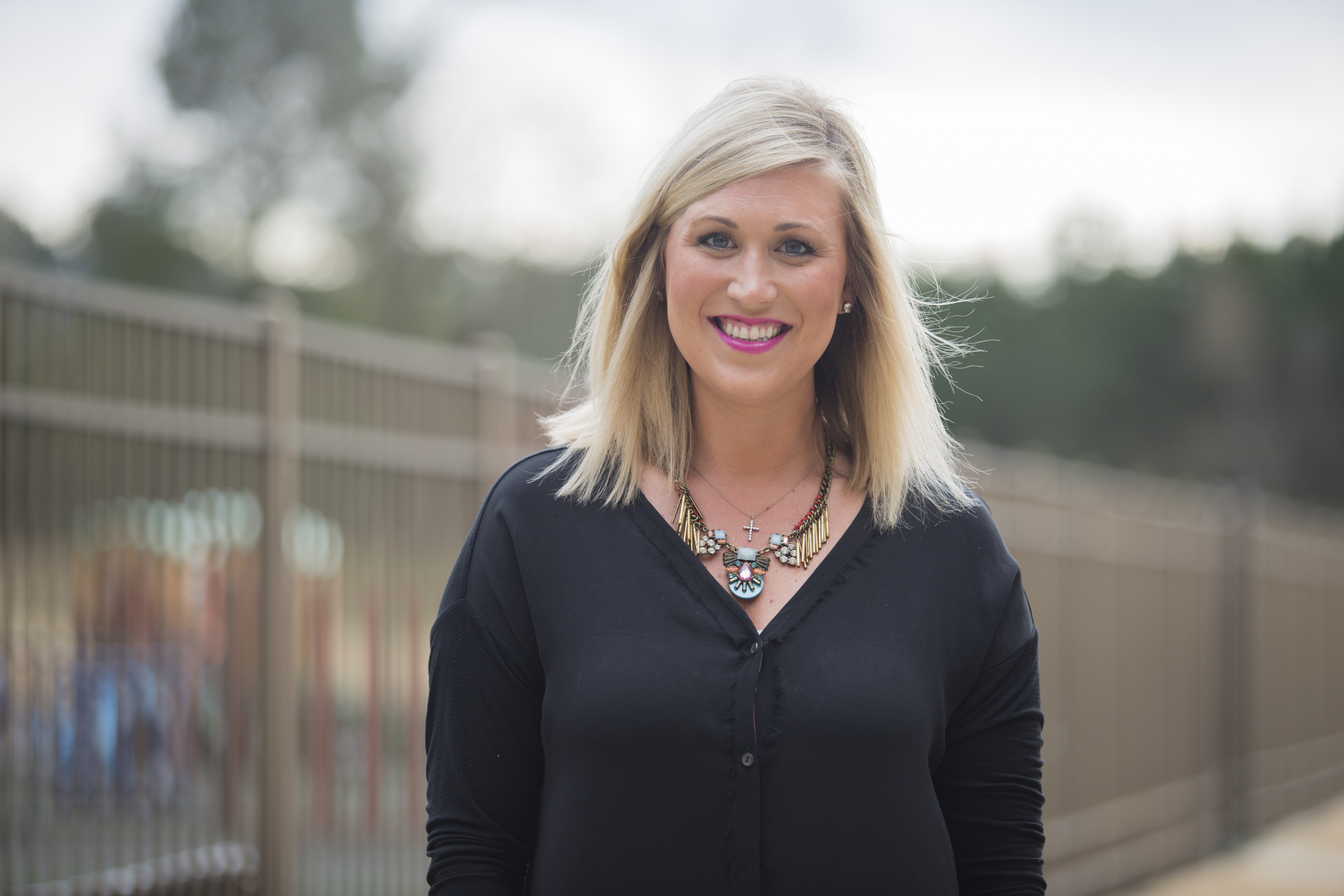 Fast forward again… I’m pregnant, becoming a new mom and I leave to go have my first baby. While I’m out having Sam some major changes take place on our Preschool team. The position comes open for the Preschool Associate for Birth to 24 months and New and Expecting Parents Ministry. And so once again, the Lord just made His plan clear to me.

Well, I come back from maternity leave and literally the first day back I started this new position and I hit the ground running and it has stretched me… I’m talking like, I’m an in-the-background kind of person. I do not want to be up front. So to stand up and help lead a class for new and expecting parents… the things that He’s put before me to do, I’ve been really thankful for it.

Looking back, you can just see how every little piece was just completely, intentionally orchestrated by God to fit into place. I mean, the opportunities that I’ve had since four years ago sitting in that little chair with my husband, tearing off that portion of the worship guide… If you would’ve told me I would be leading, I would’ve laughed in your face and run the other direction. I just never would have dreamed this is where He would have me in this moment in my life and in all that transition, I’ve closed my other business, and I know this is where the Lord wants me full time.

And just looking back at the Lord’s faithfulness over all that has been amazing. And it’s like it just keeps going. Every single piece. And it’s just cool to see that these are the little details of my little life. Nothing earth shattering. But it’s just so cool to see that He cares deeply about those every little details. And that they matter. It’s not just meaningless. And it’s cool that He pays attention to those details and it’s all orchestrated for my good and His glory. 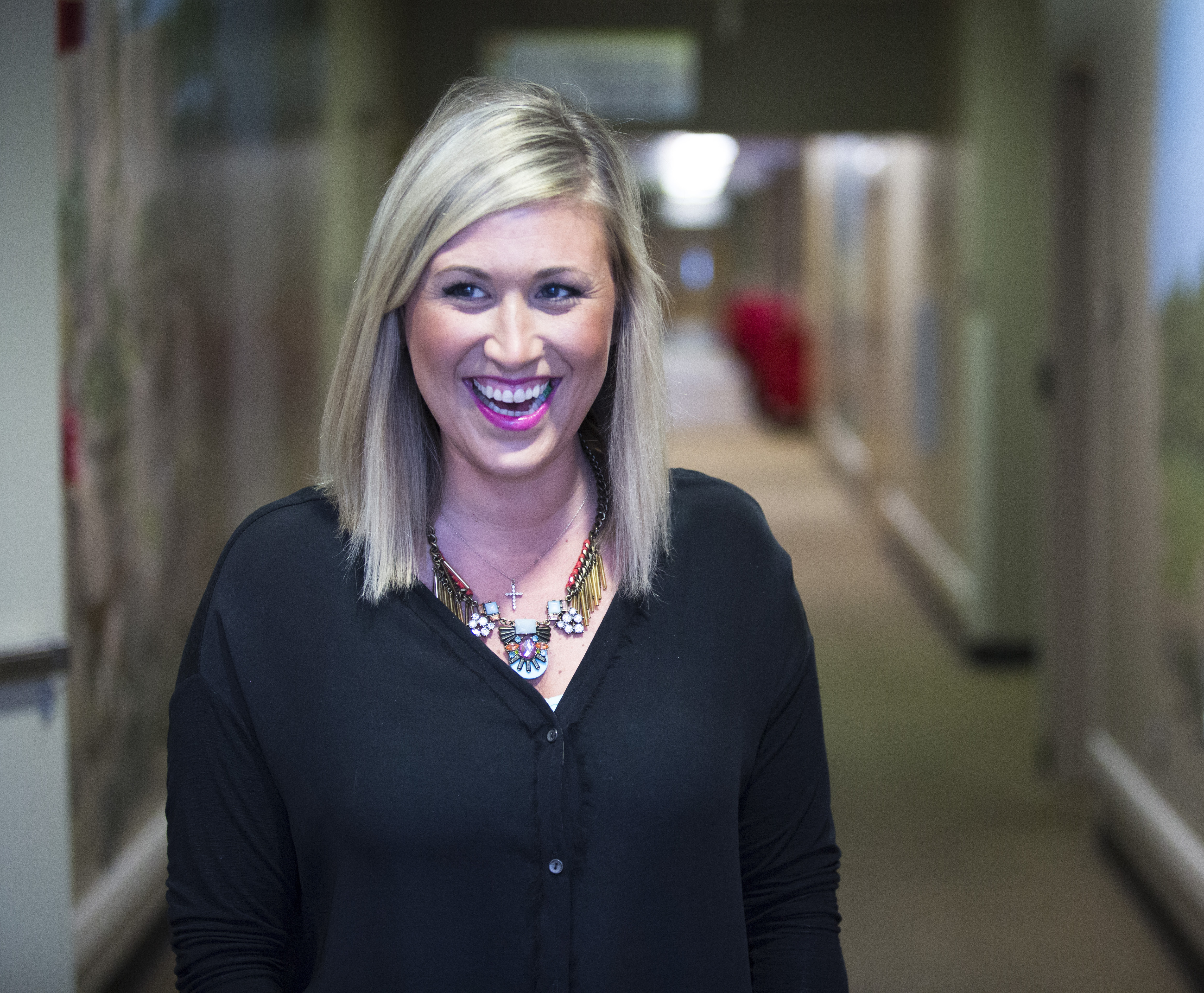 Kimberly DeLoach currently serves as the Preschool Ministry Associate for ages Birth to 24 months. She and her husband, Daniel, have been married since August 2010 and have been members of Brook Hills since 2011. They have a (almost) 2-year-old daughter, Samantha. Prior to coming on staff at Brook Hills, Kimberly owned her own interior decorating business. She enjoys spending any free time she has with her family and friends, doing anything creative, and simply being a mom.

If you are willing to be 1 of the 250 leaders it takes to shepherd our 700+ preschoolers, then visit brookhills.org/preschoolvolunteer to see how you can get involved.