I was a teacher and then I ended up quitting my job and going into full-time ministry as the Academic Director at Oak Tree Ministries. And so I work with most of these kids in Marks Village several times a week, which is wonderful.

I first got involved 3 years ago with the Bible Club when it first started. My husband, Jesse, and I had been talking a long time about how we needed to get involved in ministry and we kept hearing from our pastor that we needed to be invested.

So we just walked up to the local missions kiosk one day and asked, ‘What do you have for us? What’s something we can do?’ And Keith Stanley said, ‘Well we actually have a meeting tonight about the start of this Bible Club if you want to go.’ 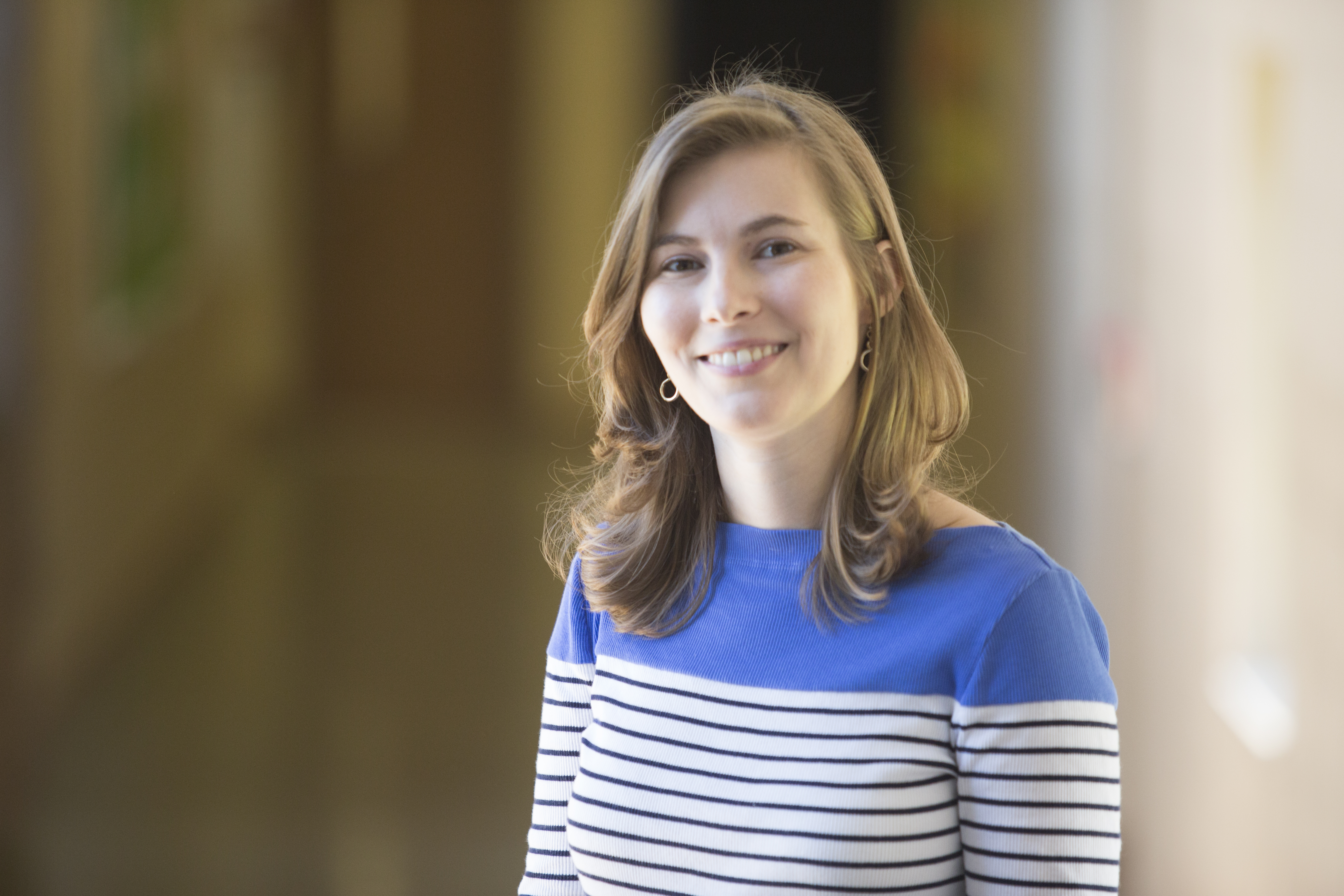 So we went to the meeting and went to the Bible Club every week after that. And then it was about a year ago, last fall I think, that I said, ‘Wait. We’re supposed to be consistent in this. All the kids need consistency. They need to see you all the time and maybe once a week isn’t consistency. Maybe that’s really not enough.’

But it was just this thought of, ‘Ya know, we should see these kids more.’ And not even imagining where God would take it.

And then it was this last May that Dimity Leeth, she and her husband are the Directors of Oak Tree Ministries, came to me and said, ‘Would you consider quitting your job and running this after school club?’

And then I had 2 weeks to decide and God was just so clear. So now I get to see the kids all the time. 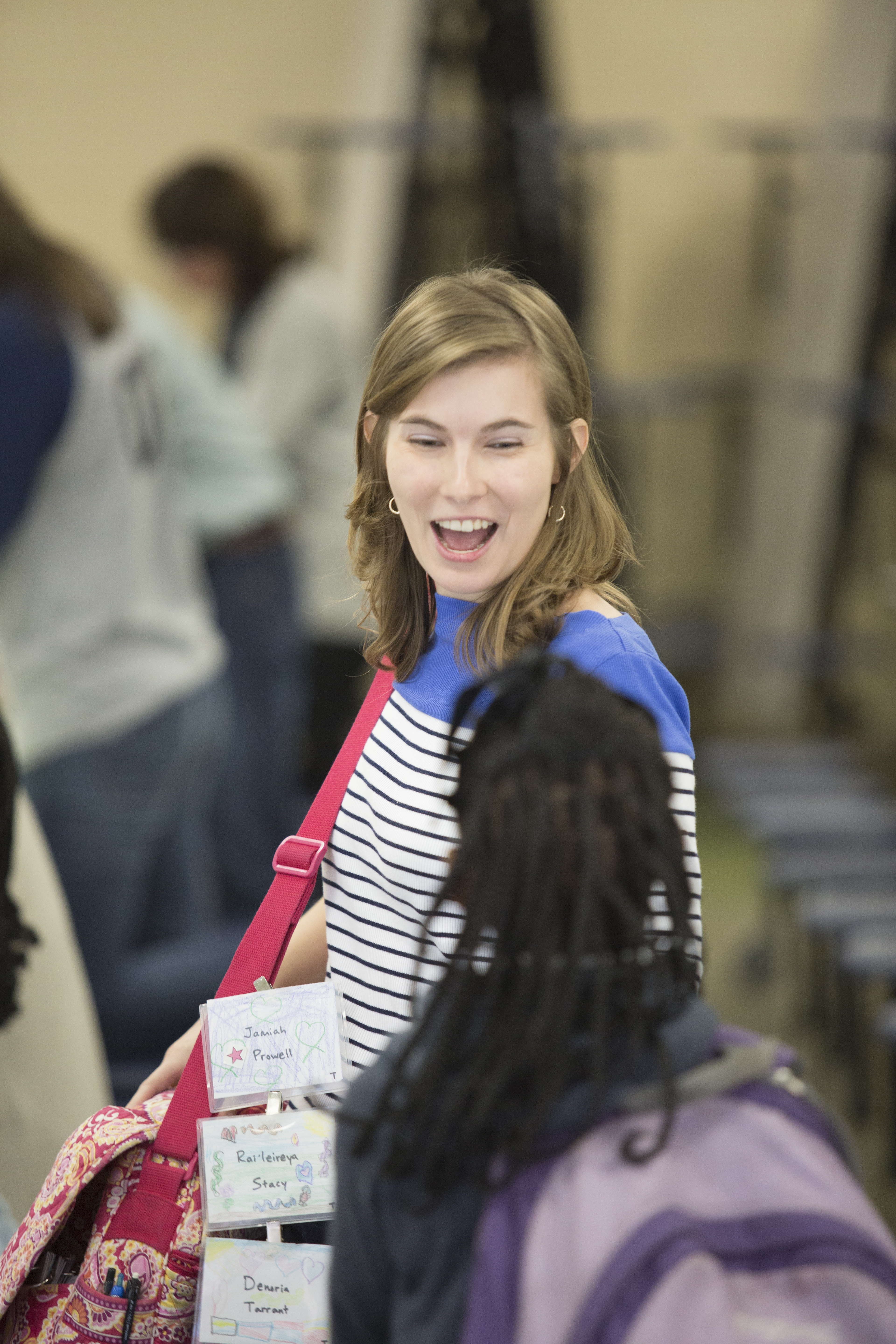 And then all sorts of crazy stuff happened. Some things fell through and didn’t go how we were thinking that summer. And of course things don’t always happen the way that we think they’re going to. And that’s how I kind of got into Breakfast Club at Oliver Elementary.

I thought, ‘Well, wait a minute. We’re not gonna have an every day a week after school club this year, so how can I still see these kids and and be in their lives?’

I think one of the really fun things about the breakfast mentors is that instead of them coming to me, like at Bible Club, I’m coming to them.

It’s so fun because even to the kids that don’t know my name, I’m the “church lady,” because that’s where they see me is up at the church. But even with breakfast mentors, we’re limited a little in what we can talk about. Ya know, if they ask questions, we’re allowed to answer but we can’t, like, openly evangelise.

So I asked the girls one day, ‘Ya know, why do you think I’m here on Tuesday mornings?’ And without batting an eye, they said, ‘Well, because you love Jesus and you want us to love Jesus too.’ 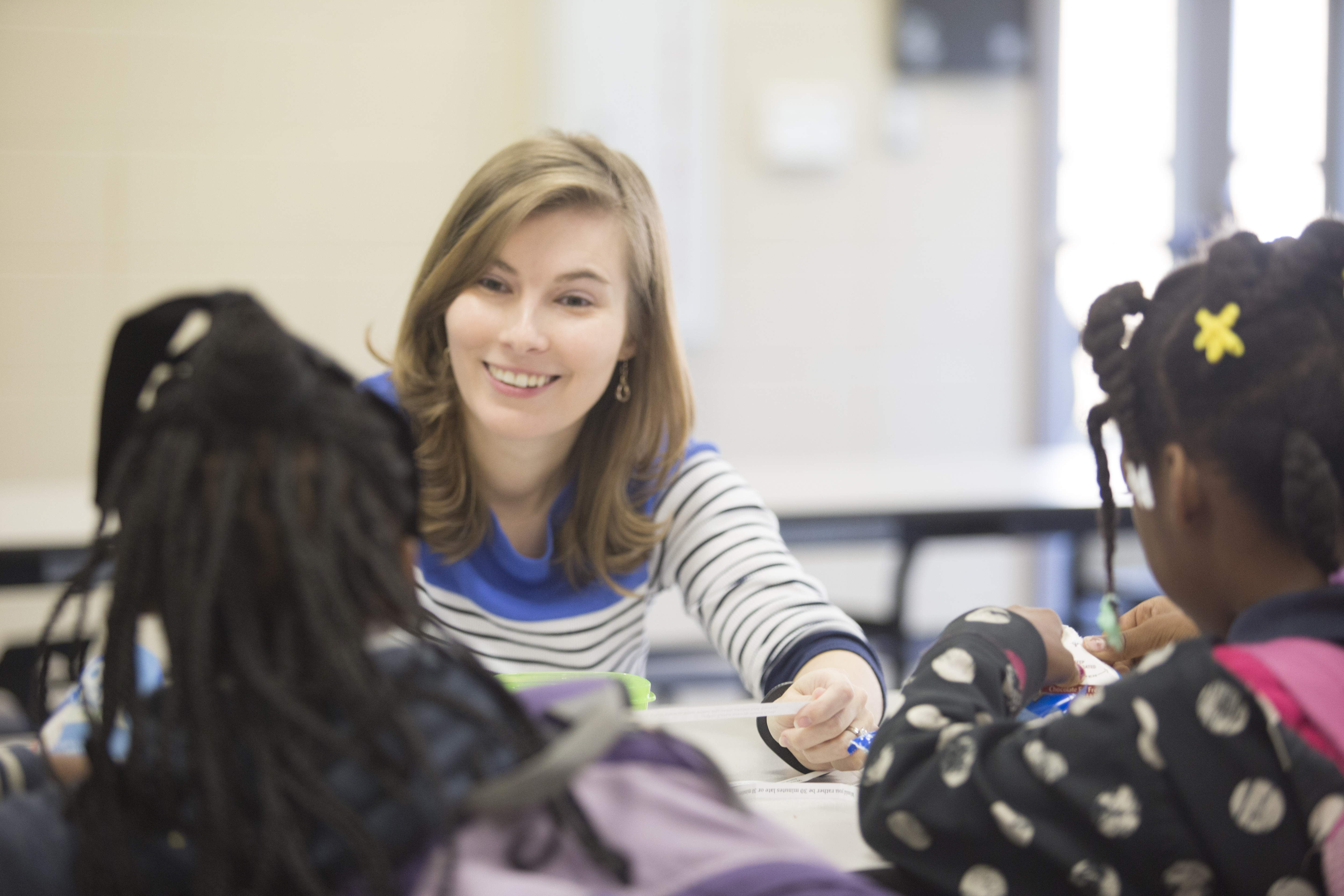 And it was really fun, because I obviously hadn’t said that to them but they could say that. And it was so neat that they see that’s why we’re doing this even if we can’t directly say it.

At Oak Tree, I mainly work with kids, which is what I love. But I feel like sometimes fruit is difficult to see in kids because they’re still figuring out so many things. It’s harder to see if they’re a believer or not. Their world is just so different and so polluted. It’s hard to see God in their world and so when I’m seeing them 1-2 days a week, that’s great, but then they go back home. And, ya know, what does that look like?

So we are working on implementing an after school club that will eventually include helping with reading and math.

This year the focus is just reading — We make disciples who love to read. 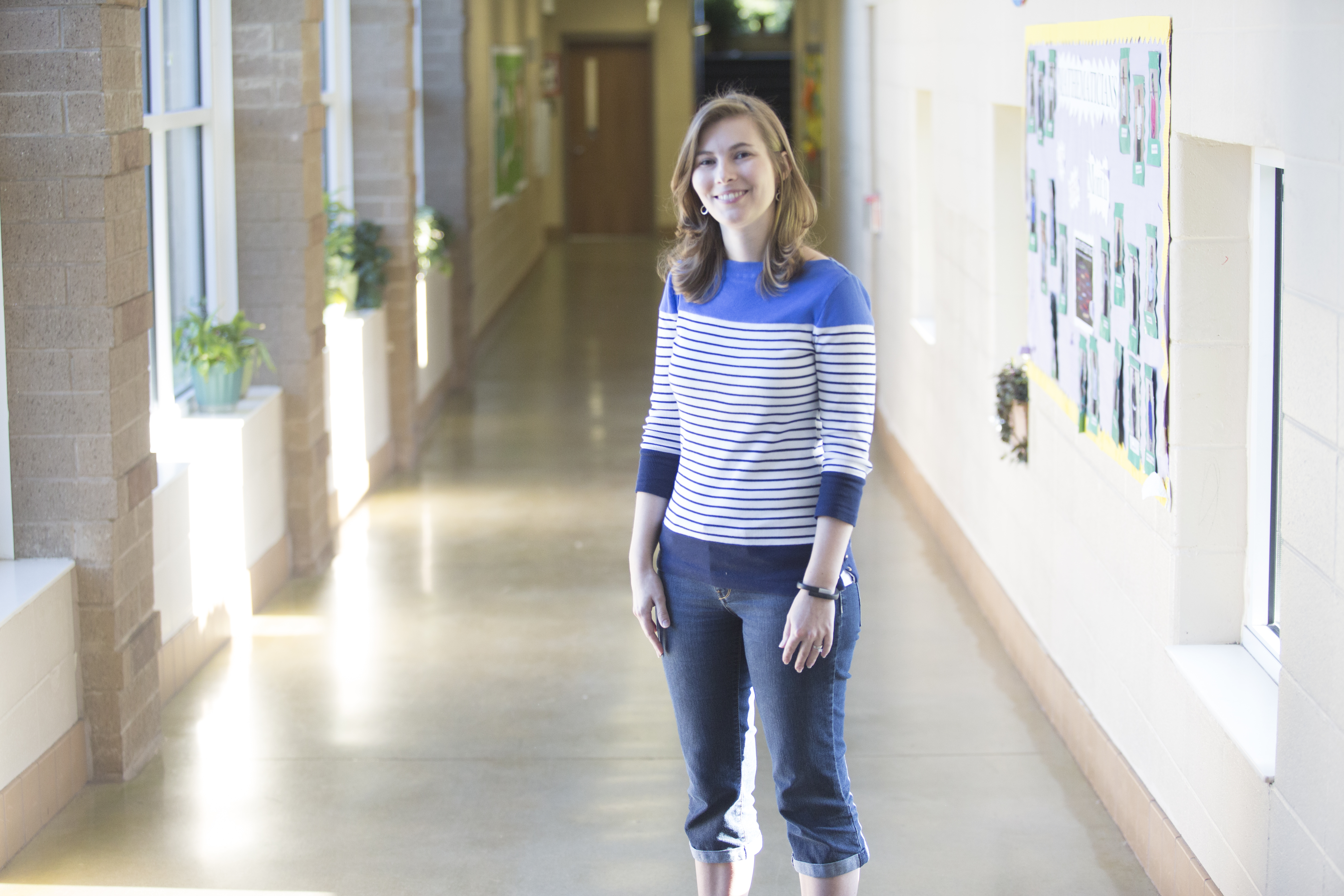 Ya know, I grew up with my mom reading to me every night before I went to bed and I could crawl up in my dad’s lap with a book—there were books everywhere in my house. And they don’t have books in their house and someone’s not reading to them at night. Sometimes their parents can’t read to them because they’re actually not literate. 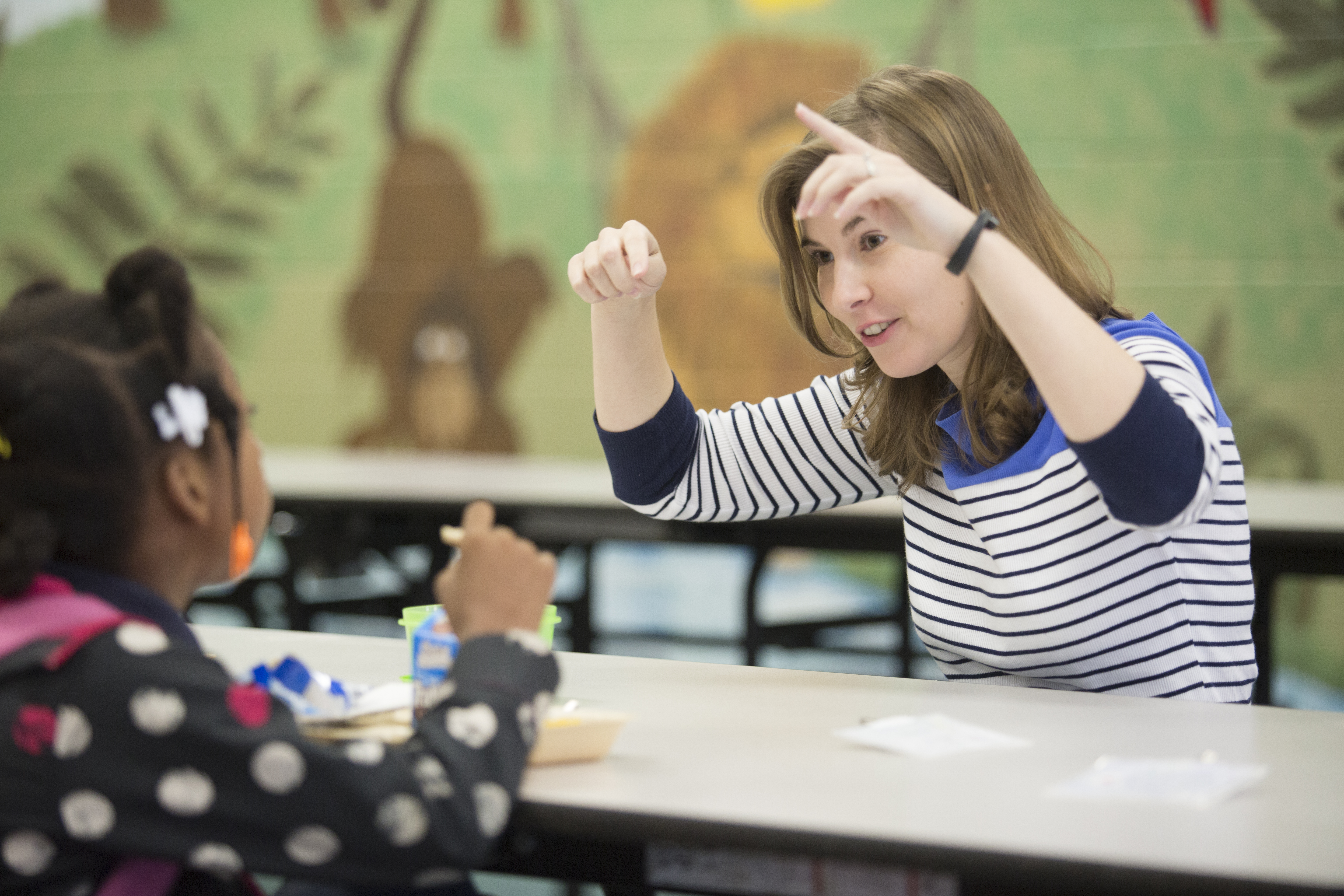 When my husband and I first got involved at Marks Village, people would say to me, ‘You must really be called to inner city ministry.’ And my response is, ‘No, I’m not...’

I just, I don’t know, I almost tripped into what God wanted me to do. I mean, I was being obedient. I was asked to do certain things by my pastor and I chose to do that. But it’s just so interesting how it all played out, because I never saw myself in inner city ministry and I certainly never saw myself doing it full time. That wasn’t what I set out to do. And I didn’t think I’d have a way of relating to these kids from my background, at all. I grew up in a suburban neighborhood, not even in Birmingham, ya know, wealthier society sort of thing.

I’ve asked God plenty of times, ‘So why did you put me in a completely different context than anything I’ve ever known?’ And it’s probably because I need to learn to trust Him. And I have been learning that more and more. 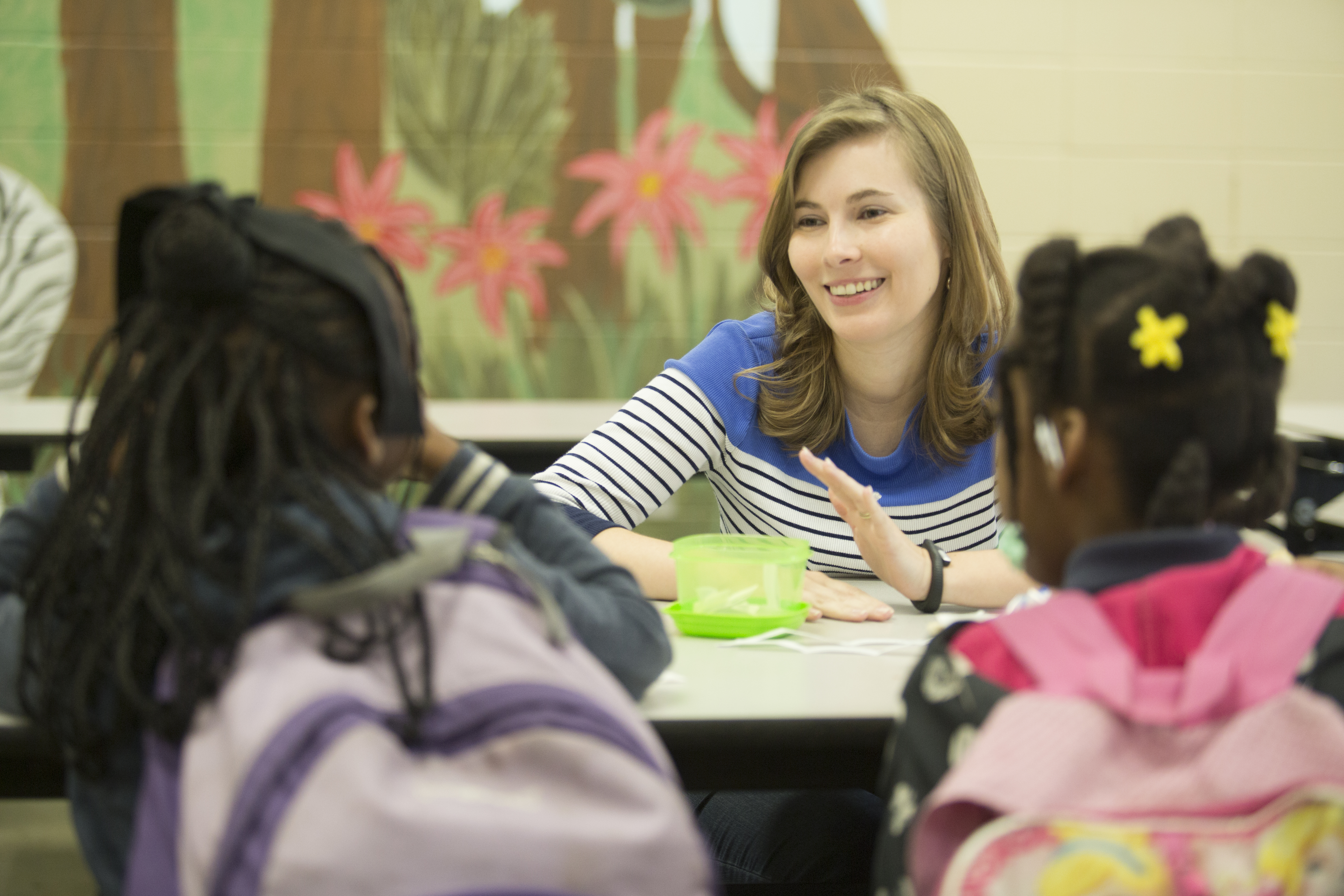 Halie Kawell and her husband Jesse have been members of Brook Hills since 2012. They fondly say that they have a hundred children in Marks Village, but when they head home it is just the two of them. Halie is mildly obsessed with children’s literature, boasting a library of over a thousand books which she loves to share with all of her ‘kids’!