I had the opportunity to go to North Africa on a medical mission trip in January and subsequently, my life has been forever changed. Since becoming a member of The Church at Brook Hills in 2013, I knew the recommendation of going on a Short-Term mission trip each year. However, I never realized the impact that it would have on my life and the lives of others.

Each day, our team served individuals and families that had varied physical, mental, and emotional needs. We saw approximately 80 patients per day. While keeping in mind that we were to address the patient’s needs, our ultimate reason for being there was to pray for them and to share Christ. 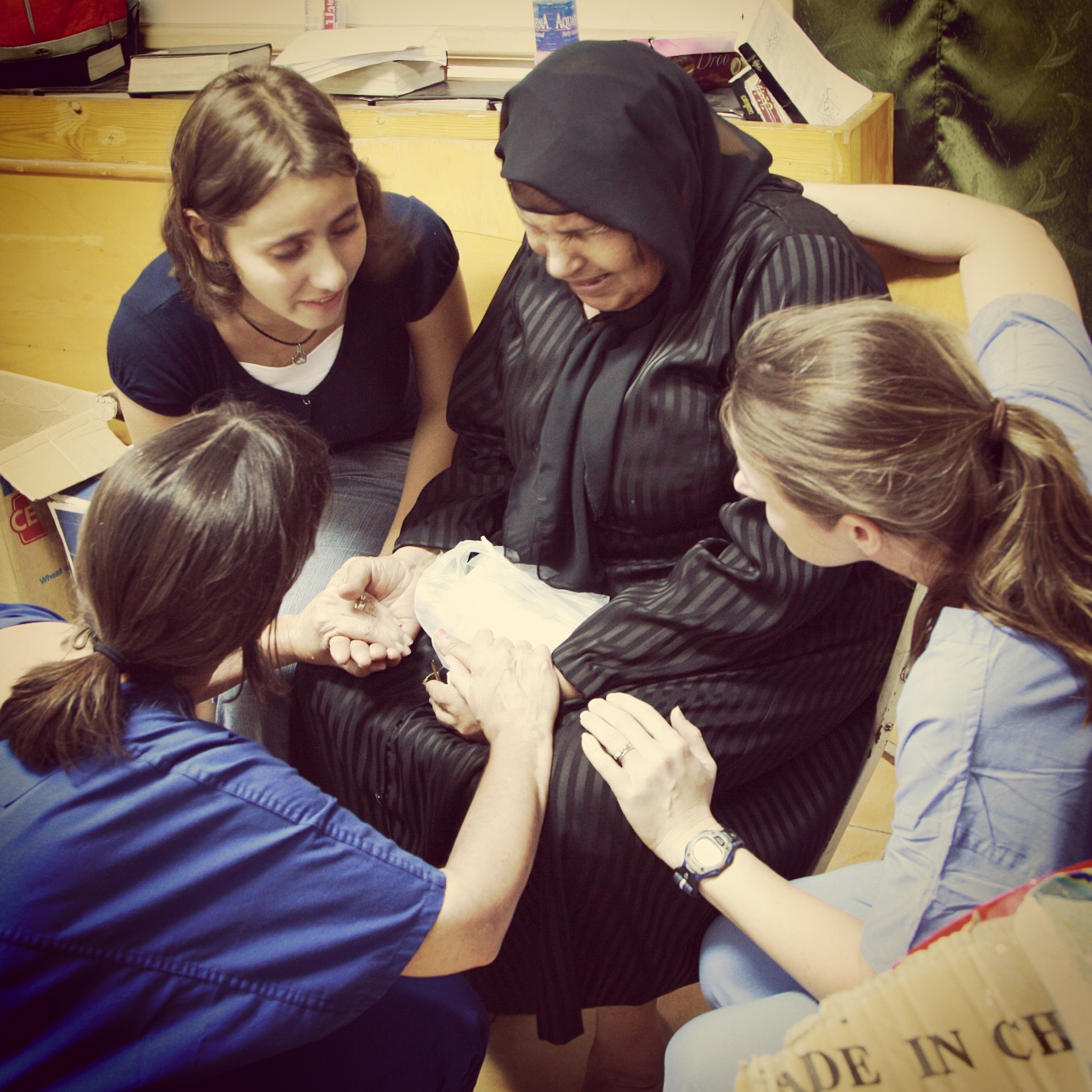 I am a nurse and was one of three providers at the clinic. Each day we would treat patients and ask if we could pray in the name of Jesus with them. Most patients were of Muslim faith, but the majority of them would say that it was ok to pray in the name of Jesus (even though a lot of them did not know anything about him). I would pray, and they would leave. But I felt an overwhelming conviction that I was not being bold in my witness of Jesus. Yes, I was praying with my patients, but not with boldness. I prayed for God to give me a boldness and clarity in presenting the gospel to my patients who desperately needed to know Christ.

I informed my translator that she was going to witness a different me during clinic, and if I only saw a few patients, I was going to tell them about Jesus and His saving power. God gave me a boldness, clarity, and power to present the gospel in a way that I have never experienced. A woman’s eyes were truly opened, and she was saved! She commented that she first heard the name of Christ at a previous clinic but now understood truth. She desired to have a copy of the New Testament in Arabic (which we presented her) and to connect with a local group of believers. What an incredible reminder of the powerful God we serve! He can heal in a moment.

The last clinic also reminded us of the power of prayer. Our team, church, family members, and friends had been praying for the work in North Africa that week. An enormous spiritual battle is raging there. We praise our God who can open eyes to save.

What an amazing God we serve.

Suzanne Caldwell has been a member of The Church at Brook Hills for three years and was one of eight members who went to North Africa in January to serve with local believers in a medical clinic.