I was raised in a Christian family, but I didn’t really know the Lord. I went to church, but I basically just did it to appease my mom and dad. When I came to the U.S., I came here to work just like any other Hispanic.

In 2009, I began sensing and feeling a deep deep need for the forgiveness of God and for the grace of the Lord. During that time, the Spirit of the Lord just kind of lead me to go buy a Bible because, at that point, I had absolutely no idea there was a Hispanic church anywhere. So I bought a Bible and I started reading it. Specifically, I was reading in Proverbs. At the time, I considered myself a good person because I didn’t do bad things. So when I started reading Proverbs I realized… I’m the worst person in the world!

So I began asking myself lots of questions. How can I obtain the forgiveness of the Lord? What do I need to do to gain the favor of the Lord?

So I began reading other passages in the Bible and I saw the scripture that says, “The righteous shall live by faith.” So this created more questions within me, but I definitely believe the Lord was working in me and showing me, through the Word and through the Bible, that I was a sinner. It was a really heavy burden upon me.

I remember one day specifically... I loved soccer. One Sunday I went to play like I usually did, but when I was returning home I realized I just felt empty and I felt unsatisfied and I felt guilty. So as I was driving home I asked the Lord for an opportunity. I was crying and I remember very specifically saying, “Lord, give me a chance. I don’t know what you’re going to do. I don’t know what’s going to happen, but I’m just pleading with you for a chance.”

So when I got to my apartment I was getting out of my car and a gentleman walked up and he said, “I’m here from a church.” And I said, “Wait a second… A church? Please give me your number. I want to go to church.” So the gentleman gave me his number and I asked him, “What day do you all have church?” So he told me, “Next Sunday.” So I thought, “Aw man, I got a whole week I have to wait.”

So when I got up into my apartment, I went in my room and just knelt down and I just thanked the Lord because I knew that that was the chance I had asked for, that He had given me that chance. I knew that He had heard me.

When I became a follower of Christ I started attending a Hispanic church. That was around 2009. In 2014 I made the decision to move over to The Church at Brook Hills Hispanic Ministry because I was learning a little bit about what they were doing and who they were.

I used to be a very shy, timid person. When I came to Brook Hills, to the Hispanic church, I saw the way the brothers and sisters had community in the way that they interacted with each other. I wanted that, so I began getting involved.

One of the things that I know is that all believers, not just one or two or three, should serve because we are all the Church and we are all members of the Church. And the Lord has given each one of us gifts. Every believer has some sort of spiritual gifting. So if you have a spiritual gifting why not use it to serve the church?

I know a little bit about media so when I first started coming to the church here, I noticed that there was no one recording the Sunday sermons or anything like that so I asked the pastor, “Is there a camera around here?” And he said, “Yeah, we have a small one.” And so I said, “We’ll start with what we have and then see what happens.” So I began recording the Sunday sermons so that we can put them on the internet.

I also lead a Small Group that meets every week at a small business here in town. Our Small Group is made up of different people... There’s Mexicans, there’s Hondurans, and there’s a lot of women who are mothers.

Right now we’re studying along with the teachings of the pastor of the Hispanic Ministry. He’s teaching on a series “I am a Disciple of Christ,” and so we’re actually as a Small Group going through those things. But usually we take a book of the Bible and study it. So we just recently finished studying 1 Peter.

I am very thankful to be a part of the Brook Hills Hispanic congregation. It didn’t take me long to begin seeing a real importance of being a part of this community and this church. As a community, we’re depending upon each other and helping each other out. Even during the week, if we don’t see each other we’re keeping in touch.

We have a group of people, especially women, who are actually not able to attend on Sundays because of work but they are part of a Small Group. So they’re able to come together in the Small Group setting to pray for each other, to study the Word, and to encourage each other and that just means the world to them to have that kind of community and that kind of support system.

I ask for your prayers. For me personally as I serve and lead. As someone who’s now leading a Small Group and teaching the Word, I feel the pressure, even the fear at times, to teach the Word well. And prayer for our congregation. We’re actually going to be moving locations soon and that’s going to be difficult for some. Pray that our members would continue to serve each other well and that we would continue to take the gospel out to this community as we’ve been doing, and that we would faithfully continue to share the gospel throughout this city. 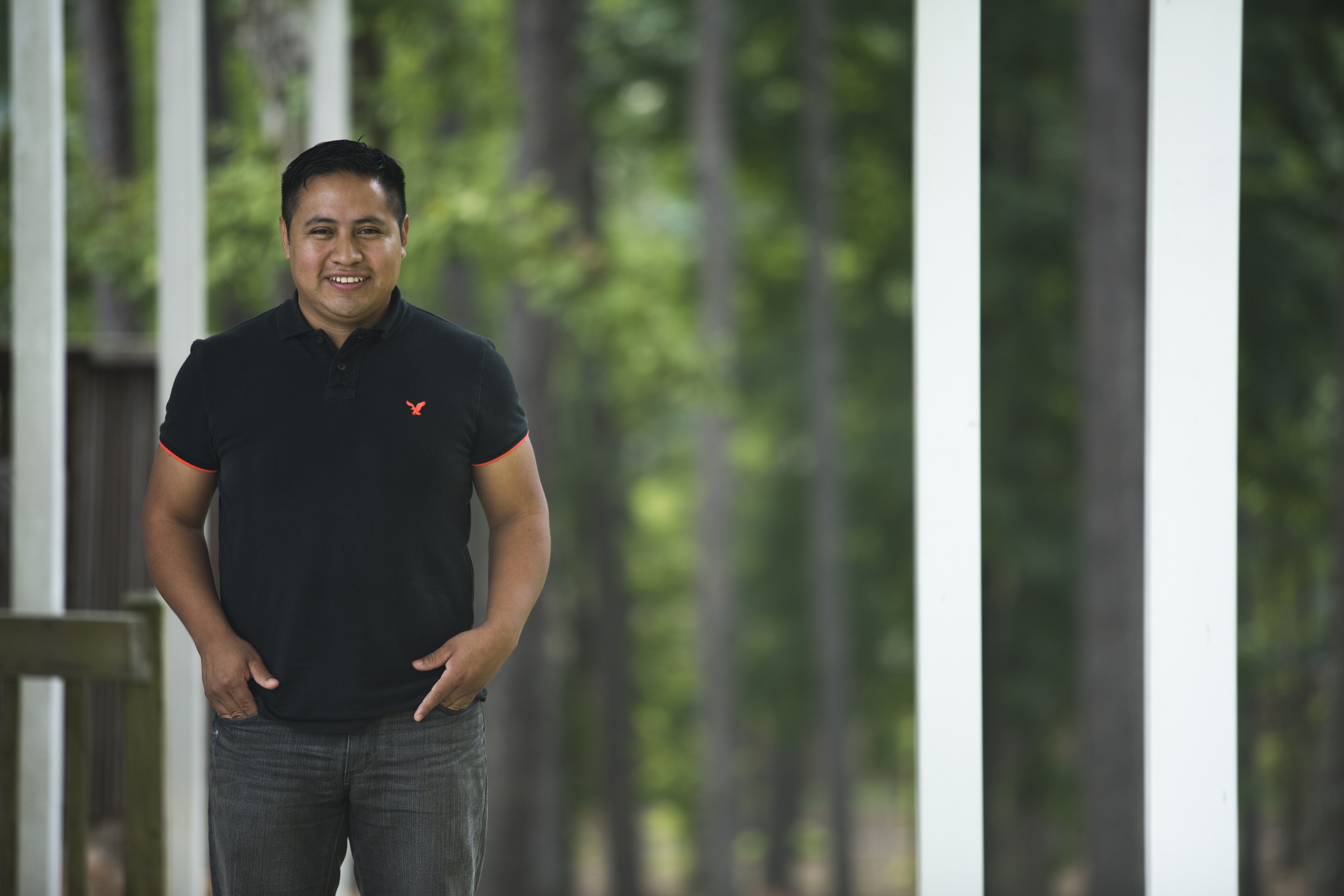 Armando Noé is originally from Guatemala. He came to be part of Brook Hills Hispanic Ministry in the summer of 2014. He is thankful to God for the great family he has there. He thinks it's a privilege to lead one of the congregation's Small Groups and to be part of the multimedia team. Armando loves to read and actually attends the Bible Baptist Hispanic Institute. He is also immersing more and more in the photography world, a hobby that he enjoys very much.