My name is Abner Aguilar. I am from Honduras and was born into a Christian family. When I was a kid, my grandpa would say, “You are my pastor, my little pastor.” I always admired him because he always made sure Christ was in all his conversations. As a kid, I would go to church every Sunday and have the gospel message taught to me. So, one day, when I was thirteen years old, I went to a concert where I once again heard the gospel being preached. That day, I understood that I’m a sinner and that I needed a savior. So I asked God for forgiveness, and that was the day I became saved.

Realizing I was called to ministry was a long process. I remember when I was in college, I wanted to know more about the Bible but found it very difficult to understand everything about the Bible by myself. I heard about this program through an organization called Word of Life where you would study the Bible for an entire year. I was so interested and wanted to do it, but it was in Argentina and was going to be really expensive, so I realized that I wouldn’t be able to. However, the next year, the program came up again, but this time it was available in Honduras. I said that I want to do it, and I did. So I took a break from college, and I studied the Bible full-time. After that, I gained so many tools to evangelize and to preach, and I started to work at a church. I worked in that church for two years, and at the same time I was studying to finish my degree. During that time, I just realized that I wanted to continue learning more about the Bible and that I want to be in full-time ministry. So after I graduated from college, I came to the U.S. to attend Rio Grande Bible Institute in Edinburg, Texas. I studied there for three years and graduated in May 2016.

After graduation, I was looking for a church that wanted to work with Hispanic people. Through a friend, I heard about an opportunity to come work as the Pastoral Assistant with the Hispanic Congregation here at Brook Hills. After many tests, I got the job.

In my new role at Brook Hills, I have many responsibilities and do a little bit of everything. I am working with the administration team, doing the bulletin, sermon slides, and sometimes preaching. I also help with the Small Groups. I actually just started a new Small Group for couples. I love to teach people about the Bible. I lead the group now, but I want to see other people grow and eventually be able to lead it themselves. I just love watching the people grow in the knowledge and love of Christ.

I also love to work with the young people. I love to make connections with them and encourage them. Helping them, letting them know that I have gone through the same problems that they have, and how can they trust in God.

I also have a passion to reach the people who don’t know about Jesus Christ. I just love to share the gospel with those who are not saved yet. I want to encourage the people in our congregation to be involved in missions. One of the things that I am doing is coming to ESL and trying to make relationships with people that are from other countries. I do this because I want an opportunity to develop real relationships with them. And through those relationships, I can show them Jesus Christ. 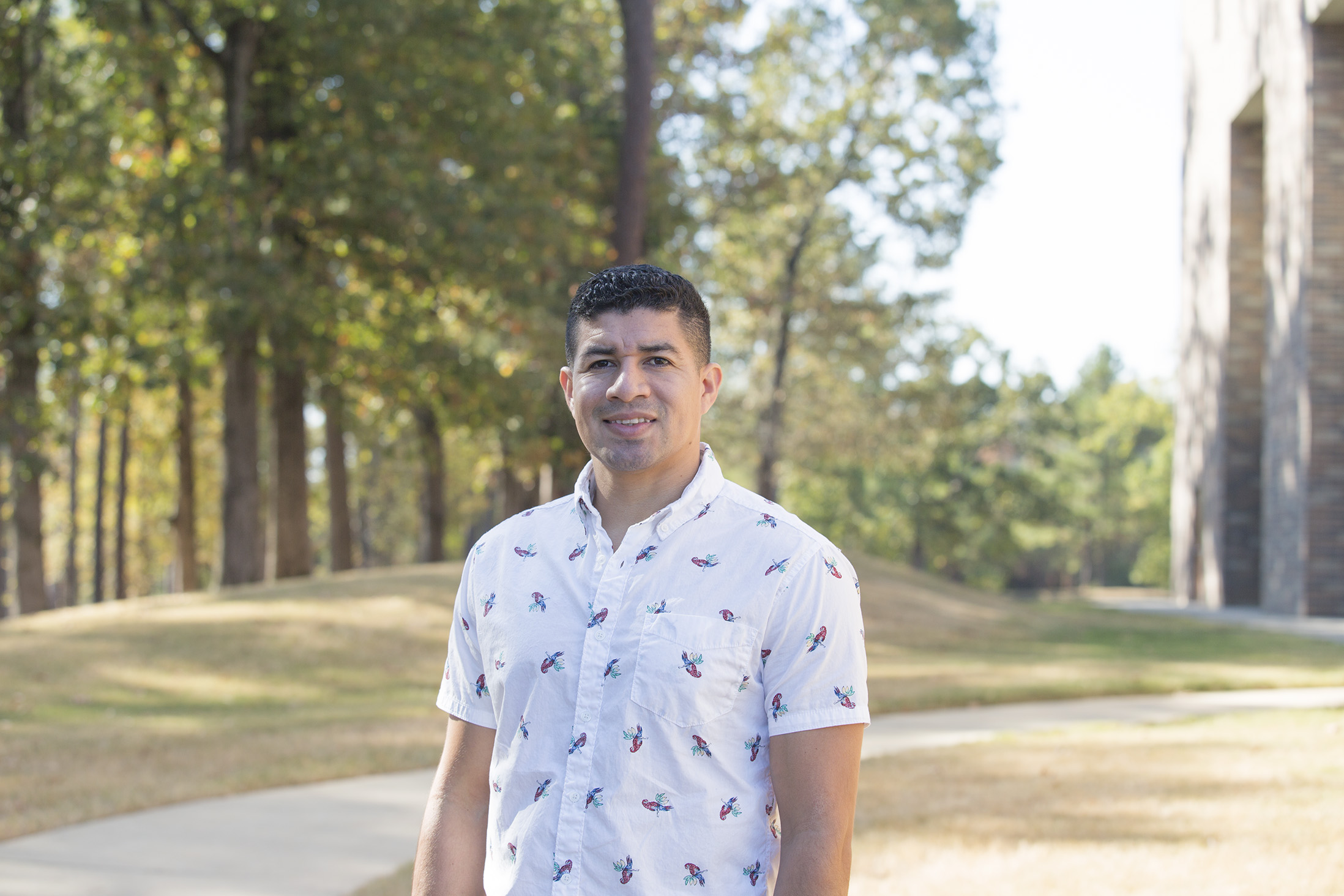 Abner Aguilar is the Pastoral Assistant for The Church at Brook Hills Hispanic Congregation and has been a member at Brook Hills since August 2016. He graduated from seminary in May, and would like to continue studying for his Masters in Christian Education. He married his sweetheart, Kayla, just five weeks ago and they enjoy traveling, going to parks and trying out new restaurants and coffee shops. He loves sports of all kinds, but especially soccer.