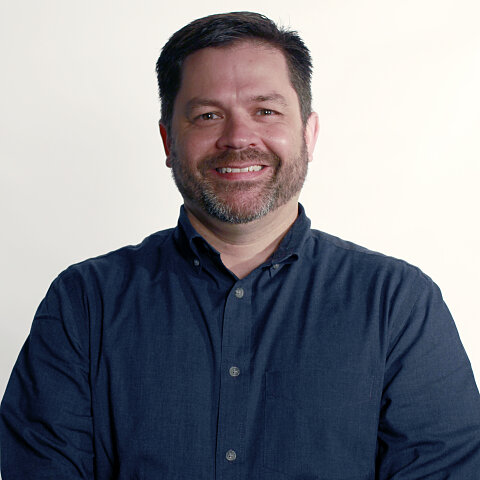 Chris and his wife, Wendy, have been married since 2006 and are the parents of Audrey Kate (12), Cole (11), Jackson (6), and Lucy (4). Wendy has been a member of Brook Hills since 2013, and Chris since 2016 when he was baptized. Chris was raised in a practicing Catholic family but first came to Brook Hills in 2006 after meeting Wendy. He ultimately professed faith in Christ in 2013 at the age of 34. Chris works as a DevOps Architect for Fame Intelligence, LLC.

He currently leads an on-campus small group for Elementary Parents on Wednesday nights, serves in Preschool Ministry as a small group leader and large group storyteller and is part of the Men’s Ministry leadership team, co-leading a Men’s Community Group on Friday mornings. He also co-hosts a podcast called “Great Groups” with Jay Gordon, our Adult Small Groups Minister. He considers his spiritual gifts to include hospitality, service, and teaching.

When asked about his desire to be an elder, Chris said:

“I feel God's tug on my heart that this is my next step as a believer and a member of Brook Hills. I do deeply desire to serve the church in any way possible, and for no other reason than to ensure that the gospel continues to be shared.”

« Back to Staff Listing