What is our Vision?

We are a team of disciple-makers from The Church at Brook Hills. Equipped with God’s presence and His gospel, we hope to see God raise up disciple-makers who are a part of an indigenous church planting movement.  God has called us to do this among the peoples of the Middle East, a people who have historically been among the most difficult people to engage with the gospel on our planet.  We invite you to learn more about these peoples, to join us in prayer for them, and to beg God for grace to accomplish the task of making disciples of all nations.

Who are the people of the Middle East?

The peoples of the Middle East are spread across 20 different countries in North Africa and the Middle East and include more than 287 million people. The primary language spoken among these people is Arabic, though there are other languages spoken among the 590 different people groups. Islam began in this part of the world in the 7th century and to this day the overwhelming majority still adhere to the Muslim faith.

The Peoples of Middle East have a rich history steeped in desert culture where hospitality and family loyalty are highly valued. For thousands of years they have thrived in the heat and expanse of the desert – living in tents and traveling as tribes. Since the 7th century, Islam, which has its origins in this part of the world, has dictated most of life. That desert life was forever changed mid-way into the 20th century when one of the world's largest oil reserves was found beneath the sand. Equipped with new found wealth, much of the Middle East has traded their camels for luxury cars and their tents for skyscrapers. But not everything has changed in a world now filled with technology, air conditioning and satellite television. The people still value hospitality and family and Islam still pervades this culture that is in dire need of the gospel.

Islam is the central religion and central part of life in the Middle East. Government statistics report that almost 100% of Middle Eastern Peoples are Muslims. Many of these people follow a strict version of Islam called Salafi Islam that seeks to purify the religion from impurities and innovations. That which is not found in the Qur’an or in Muslim tradition is often discounted or brushed aside. However, there is a growing secularism among the peoples of the Middle East. Many young people play the religious part in public, but in private they have little faith. Many even question the way that Islam is portrayed and practiced.

Felt needs among the peoples of the Middle East are perhaps a bit difficult to identify. This is the case because the majority of these people are middle class. Shame and honor also play a huge part in Middle Eastern culture and expressing felt needs is seen as undesirable. With that said, a few perceived needs would be higher education, ESL training, health and fitness as well as business skills. Some trends that have emerged among Middle Easterners include the unemployment problem that many in the younger generation face. Governments have pushed for the employment of their people, but many are still unqualified or unwilling to fill the available jobs. Also, the modernization of communication networks has created unprecedented change in the outlook of many in the Middle East. The prominence of smart phones and satellite television as well as the widespread use of social media such as Facebook and Twitter has propelled many Middle Easterners out of isolation.

The peoples of the Middle East have no freedom of religion. The legal system is based on Islamic law and the conversion to another religion is punishable by death if the accused does not recant. Non-Muslim public worship is strictly prohibited and although the governments might recognize the right of non-Muslims to worship in private, religious leaders do not. Currently there are few known believers among the peoples of the Middle East. The price to follow Christ is high. Most, if not all, who are found to be followers of Christ will be forced to recant or face severe persecution. Many of our brothers and sisters have laid down their lives as present day martyrs and others have fled from their home countries in order not to face such severe suffering. Due to this reality, there are few house churches in this region and those that exist must gather regularly in secret.

Status of Evangelization and Christian Outreach

While many in the church talk about the need to engage the peoples of the Middle East with the gospel, the sober reality is that there are few disciple-makers currently living among these peoples. Christian missionaries are not allowed among Middle Easterners and sharing the gospel with them is strictly forbidden. People accused of proselytizing will lose their jobs and may be imprisoned prior to deportation. Despite the adversity, many people from this region are very welcoming when it comes to the topic of religion. Many people from the Middle East travel internationally and it is quite easy to speak to them about Christ, especially when they are away from their homeland. At the present time, few people from the Middle East have followed Jesus Christ as their Savior and Lord. A profession of faith in Jesus may cost a person their family, their honor, their job, or even their life.

How can I get more information?

If you would like more information on the Brook Hills Middle East Church Planting Team and how you can further partner with us please contact us at .

In light of all the challenges, prayer must be fundamental, rather than supplemental for seeing disciple-makers made from the peoples of the Middle East. Prayer will be essential to gain access to these peoples as well as sustaining effective witness among these peoples. Please partner with us by praying for the following… 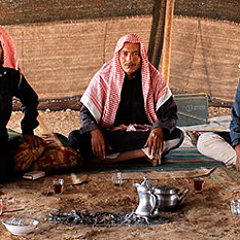 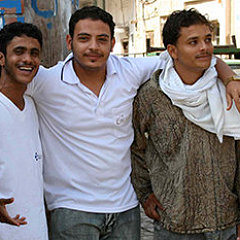 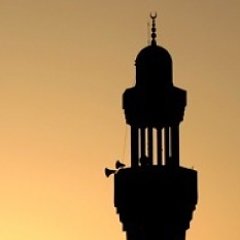 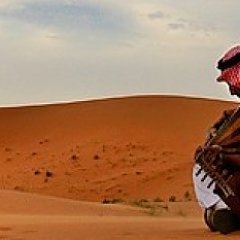