The Kurds are the largest ethnic group in the world without a nation of their own with a population of around 30 million.  For centuries they have lived in Central Asia and the Middle East in a ruggedly mountainous region historically known as “Kurdistan.”  While empires rose and fell around them, the Kurds generally remained isolated and autonomous in these mountains until the late 19th century when large groups of them began to settle in the nearby lowlands.  Since then, the Kurds have struggled to assert their independence as they experience various degrees of assimilation into the majority populations of the urban centers around them.

There are approximately 13 million Kurds living in Turkey and in the early 1980’s the Kurdistan Workers’ Party (PKK in Kurdish) was formed to give Kurds in Turkey a political voice.  When statesmanship proved unsuccessful, the PKK began conducting a guerilla insurgency against the Turkish government by attacking military outposts and installations in the eastern part of the country.  The goal of the PKK is to carve out a separate state for the Kurds.  Naturally, the Turkish government vehemently opposes this aim, which has resulted in decades of armed conflict and over 40,000 lives lost.  Recently a peace agreement between the Turkish government and the PKK has provided a measure of stability in the region.

As a result of the severe government opposition against the Kurds a popular proverb among them is “The Kurds have no friends but the mountains.”

Nearly 99% of Kurmanji-speaking Kurds are Muslims, though many of them are Muslim in name only.  Most are Sunni, but a couple million Alevi Muslim Kurds reside in Turkey and a small number of Yezidi live in Armenia and Iraq.  Kurds generally hold to Islam less tightly than other Muslim people groups in the area, and many have become disillusioned with Islam due to the oppression they have endured at the hands of the surrounding Muslim ethnic majorities.

The majority of Kurds still live in a tribal-based system, particularly those in villages or at the lower end of the socio-economic spectrum.  These Kurds usually identify themselves with a certain tribe and know by name who belongs to which tribe, which tribes are allies, and which ones historically have been antagonistic towards one another.  This system is often not as important to highly educated Kurds or to those who have been assimilated into Turkish society.  It is still common for Kurds to only marry within their own tribe or with members of a select number of allied tribes.

Family is the core of society, and traditionally Kurdish families have been large, often consisting of 7–14 members. Kurdish culture is a male-dominated society with a distinct division of tasks. Children are much loved and an integral part of the society. Respect and honor are very important in Kurdish culture and are especially given to the older members.

The two most commonly spoken dialects of the Kurdish language are Kurmanji and Sorani, with a number of other smaller dialects.

At present, there are several hundred Kurmanji Kurd believers sprinkled throughout the world, but fewer than 10 evangelical churches are known to exist among them in their historic homeland.  Moreover, none of these churches worship in the heart language of the Kurmanji Kurds.  Despite repeated efforts to mobilize evangelists and church planters to work among them, there are still dozens of Kurdish cities of over 50,000 people that have virtually no access to the gospel. 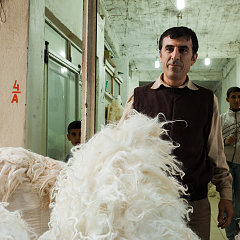 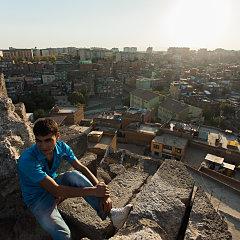 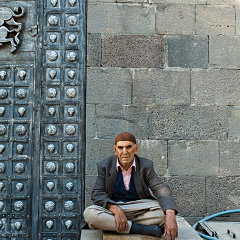