My name is Abby, and I am a senior at Samford University majoring in elementary education. I am from right outside of Memphis, Tennessee. When I moved to Birmingham, I didn’t know anybody here. So, I was new to the area. I am also the oldest in my family. So no one had even done the college thing yet—it was all new.

My freshman year, I had a few people I met at Samford who went to Brook Hills. So I decided to visit and loved it. I kept coming my entire freshman year, but I would attend the Worship Gathering Sunday mornings and then I would leave. I wasn’t fully invested in the church. I don’t think I fully understood what it meant to truly be a part of the Body. So I was one foot in, one foot out. I was plugged into a lot of Bible studies and different things on campus at Samford, but at the end of my freshman year, I was still feeling lonely. I hadn’t found that biblical community that everybody talks about. So when I returned for my sophomore year, I honestly reevaluated even attending Brook Hills because I thought it was the size of the church. But I decided to give Brook Hills another chance, and when I came back I felt like the Lord had placed me here for a reason. So I decided to start pursuing avenues to get more invested and find a deeper community here. I joined a Small Group, and I began being discipled. Then I found ways to serve within the church and outside of the church, and I think that’s when a lot of my growth as a believer really started to occur. So I think my sophomore year was when I really began to experience the fullness of being in biblical community and what that really means.

There are three other girls in my Small Group that are also Samford students. We’re all seniors, and we have an adult leader that facilitates the discussion. We meet on Monday nights. It’s a time where we’re able to get in the Word together and talk about issues that we’re facing at school or outside of that in our personal lives. We also challenge one another, asking each other about how we’re living these things out. It’s a time of refreshment and fueling, but it doesn’t stop at encouragement. There’s also that challenge of how am I going to apply that this week. And I think that has been huge for me to have people there who can encourage me when the days are hard and who can rejoice when there are good things. I have these people who see the mess in my life, the sin in my life that I don’t want others to see. They see that, and they still say, “I love you” and “I forgive you”, and I’m able to do the same for others. I see Christ in a much deeper way because of these people.

Currently, I serve on the College Leadership Team at Brook Hills. Our goal is to reach out to college students and bring them into biblical community as well. What that looks like is us discipling people on campus and sharing the gospel with our friends. It’s also serving on Sunday mornings with Community Group, welcoming people in and hanging out with people at College Corner with the donuts and coffee. There’s a lot of avenues to serve in ways to meet people where they are, and I love that. But it doesn’t stop with our service. It also means that there are people pouring into us as well to fuel the mission. We meet together and pray together every Sunday morning before we start. Having people around you with the same mission and goals and values really keeps you accountable to continue walking with the Lord in a way that is opposite of what the world tells you.

I graduate in May. I chose to go into education because I felt like there would be avenues to pursue that overseas, and the Lord has already opened a lot of doors for that.

Someone once told me that wherever your passions lie and wherever there’s a need in the world, where those two things intersect, that’s your calling. And so, I just have always enjoyed working with students and saw that was a need other places in the world.

The Lord has placed seeds in my heart of going overseas before I came to college, and I had the opportunity to go but I always viewed it as just one compartment of my life. When I came to Brook Hills I realized it should overflow into every part of my life. So when I’m studying or working or in class my mission should be the same here as it is overseas. It was huge for me to see practical ways of implementing that and sharing my faith with those around me. And through realizing that, I saw an even bigger importance to go and share.

My sophomore year of college I had the opportunity to go to Nepal over spring break. It was about a month before the earthquake hit, and it was my first time seeing unreached people groups. The Lord really revealed to me the need that exists overseas. And then when the earthquake hit, I realized how many thousands of people died without ever hearing the gospel. That’s when I began thinking, 'how can I get back?' I wanted to go back, and I didn’t understand why I’m here at Samford in Birmingham, surrounded by people who, most of them, have heard of Jesus and know the story of the gospel when there are so many other people dying every day who have never heard.

The Lord placed someone in my life to share wisdom with me. They said, ‘The Lord could make it to where you’re in Nepal right now, but He wants you here for a reason. So how are you going to use this week, this moment, this day to reach the nations? Whether that’s sharing with nonbelievers who are around you or disciplining believers to also go and share.’

That was eye opening for me about my time here, but it’s also when I knew I wanted to go back overseas more intentionally. So this past
summer I spent two months in Southeast Asia with a team of college students. While I was there, I saw a lot of opportunities to work and serve. I’m actually in the process of making plans to return after I graduate. The Lord has just been so faithful to use the passions He’s given me to open up doors to go. So I am being willing to step out in faith and do this. And I’m going without an end date in mind. Saying to the Lord, ‘I’m moving to this place with a lot of unknowns, and I will be there until you call me somewhere else.’ So that could be the rest of my life or it could be a year or it could be two. I don’t know that, but I do know that the Lord has been faithful in my life. And He’s opened this door right now for this time and so I’m going to walk through that. 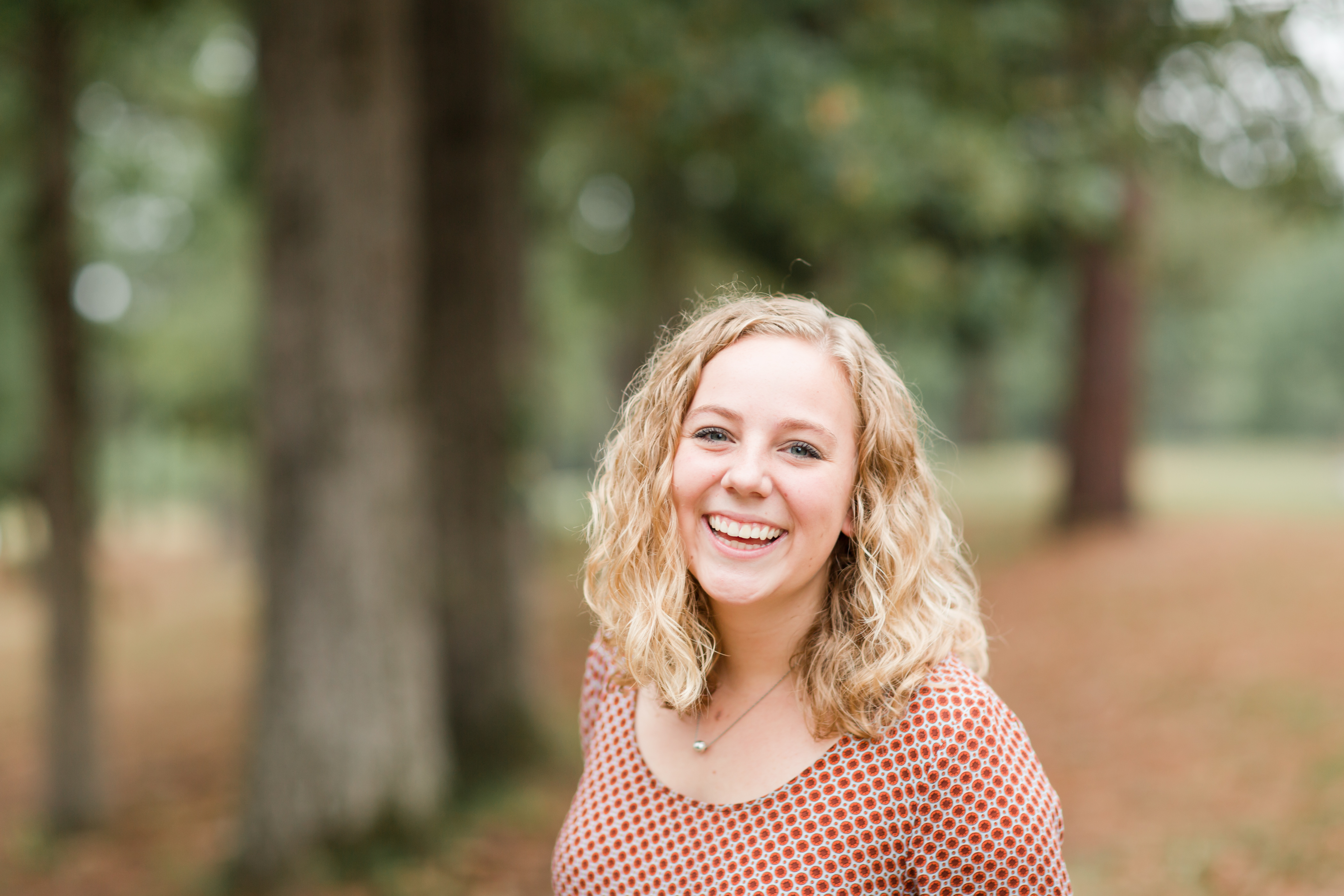 Abby is a senior at Samford University and has been coming to Brook Hills since her freshman year. She currently serves on the College Leadership Team and also volunteers with the ESL ministry on Thursday nights.