I have seen God move in some amazing ways through prayer, but when I began volunteering in children’s ministry on Wednesday nights, I saw God working in a fresh, exciting way through an emphasis with the kids.

Wednesdays with BH Kids are all about mission, starting in Birmingham and going all the way around the globe. We have an amazing team of teachers who carve out time and energy to pour into these kids, week after week, and wonderful leaders who encourage us. Our teaching guides are fantastic and written in-house. I’ve always appreciated that the prayer requests are not watered down—they are real praises, real needs, and for real people who need the love and movement of God.

When I first started serving, in between encouraging kids to keep their hands to themselves, listen respectfully, and generally sit down, I noticed that they focused better on prayer time when I drew little stick figures of the situations and people we prayed for. The teacher saw I enjoyed it, so soon she asked me to start leading prayer, even allowing me to carve out a sizable chunk of our limited class time for it.

My heart came alive for these kids as I connected with them in prayer. As time went on, I saw amazing growth in the class—an eagerness to participate, even in some of our most reluctant kids. We prayed for our church planting teams and their people groups from North America to North Africa, specific friends, governmental authorities, hard hearts, persons of peace, and on and on. The kids teased me for my stick figures, especially a couple of years later when they felt they were too old for that. But that was ok. The Lord led me to not lose heart on difficult nights, nor to neglect this time when it would have been easier to shorten it several weeks in a row. The kids also prayed for one another as the need for mission explanations and stick figures faded. It was beautiful to see the first set of kids that my husband and I led in children’s ministry, four years in, interceding with genuine faith and concern for the needs of their classmates, as well as owning prayer as their own outlet to talk to our loving Father. I grew in genuine joy as the kids prayed, and my own faith was stretched by the way they spoke to God.

When one of our church planting families was back in Birmingham on furlough, they shared some ways God had been working to my small group. In a flash, I realized that this was an answer to specific prayers our kids had prayed for during that month over three years before—a difficult season for this couple as they began their time overseas. I could hardly contain myself as I shared with this couple, then with our Wednesday kids, how God had answered these prayers. We had prayed with no specific feedback for years, and suddenly Jesus gave us a taste of the joy of answered group prayers! The next year, when Andy and I started with a new group of second graders, I got to share it again! God hears your prayers! He loves to hear you and do the impossible. And we get to watch it together as a team!

Since then, more answered prayers have come to my attention, some of them are even from this past year. I share them with the kids as well as adults. I love to tell anyone who will listen about how precious and beautiful it is, challenges and all. I get to hear about the ripple effects of what God has been doing in these kids and how He is responding to them. They are encouraging adults who lead them in other spaces, and they are encouraging other kids. God be praised! If we raise generations of prayer servants and warriors who are connected at a heart level through prayers of faith and then through actions, imagine the widespread impact on our own faith family. Imagine the impact in our city and in the world! 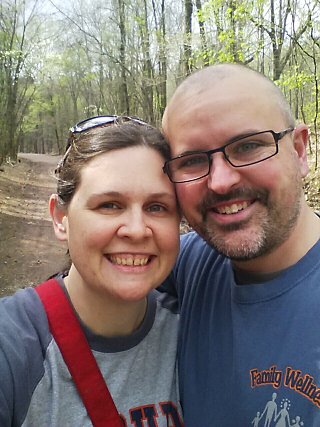 Meg Williams and her husband, Andy, have been married for 19 years. They have four children, Evan, C.J., Issac, and Gloria. They have been members of Brook Hills since 2014 and serve in the BH Kids Ministry.